Colorado Unemployment Steady in May

Employers in Colorado added 10,600 nonfarm payroll jobs from April to May for a total of 2,645,600 jobs, according to the survey of business establishments. Private sector payroll jobs increased 11,500 and government decreased 900. 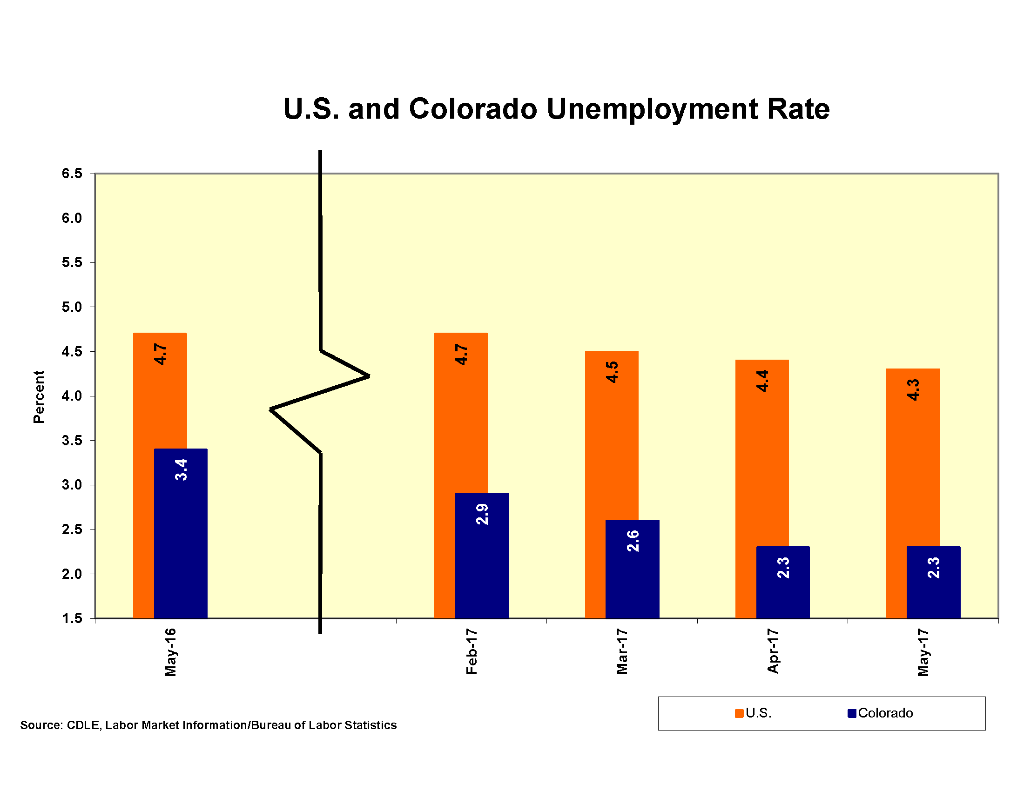 Unemployment Rate by County - May 2017