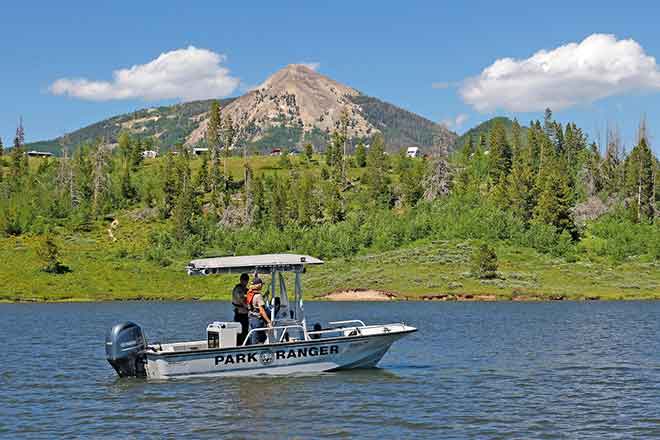 Colorado Parks and Wildlife officers recovered a body from Black Hole Pond behind the dam at Two Buttes Reservoir State Wildlife Area early Saturday afternoon. Black Hole Pond will be closed until an investigation is completed.

CPW began a search Friday evening at the wildlife area, 40 miles south of Lamar in southeast Colorado, after friends and family witnessed the man jump into the pond and resurface for a few seconds before going back under the water.

CPW officers and Baca County Sheriff's deputies responded to the scene and confirmed there was a missing person in the water. CPW launched a boat and used a sonar device to scan the water. 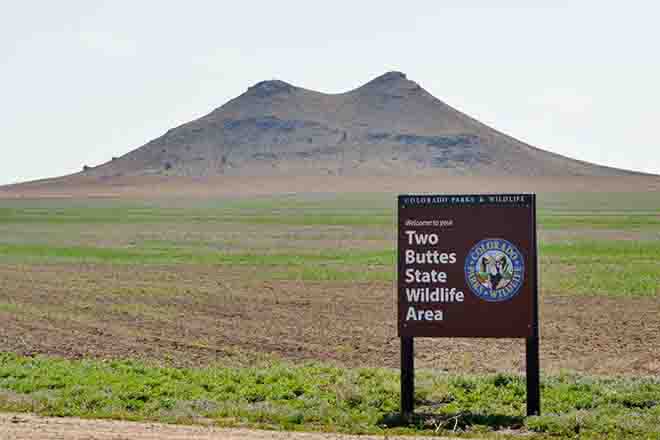 The search broadened Saturday morning when CPW's Marine Evidence Recovery Team (MERT) arrived from Littleton to take over the water search with its boat and submersible ROV (remote-operated vehicle) equipped with sonar, lights and a video camera.

Early Saturday afternoon, CPW's MERT team found the body and completed the recovery with its submersible drone. The Baca County Coroner's office was notified and took control of the body at the scene and began an investigation. The coroner will determine a cause of death and make a formal identification of the victim.

"This is a tragedy and we offer our condolences to the family and friends of the victim," said Todd Marriott, CPW Area Wildlife Manager for the Lamar region. "Unfortunately, it's not uncommon for people to be injured jumping from the cliffs into the Black Hole. And it's another example why we urge everyone to wear life jackets when in or near the water."

This year in Colorado, there have been 30 water related fatalities and 27 confirmed drownings, including two people who died in July when a camping trailer was washed away in the Crystal Mountain flash flood in Larimer County. If a drowning is confirmed, it would be the 26th recreation-related drowning this year.

Colorado experienced its worst year on the water ever in 2020 when 34 people drowned. Colorado is on pace to surpass this number in 2022.

The Two Buttes Reservoir was built from 1910 to 1914 with horse, mule and hand labor by the Two Buttes irrigation district. In 1970, the irrigation company sold the dam to Colorado Parks and Wildlife.

The reservoir and the land around it are part of the Two Buttes Reservoir State Wildlife Area, offering hunting, boating, and fishing, when the reservoir holds water. It is intermittently dry due to unreliable rain patterns.