Drought continues to improve for parts of Colorado

Severe drought receded to moderate conditions for central Routt County in the northwest portion of the state.

Abnormally dry conditions replaced moderate drought for parts of Adams, Arapahoe, Denver, Douglas and Elbert counties after recent storms in the metro and Front Range area. Portions of the northern Denver metro area saw up to a foot of snow during a fast-moving storm Monday. 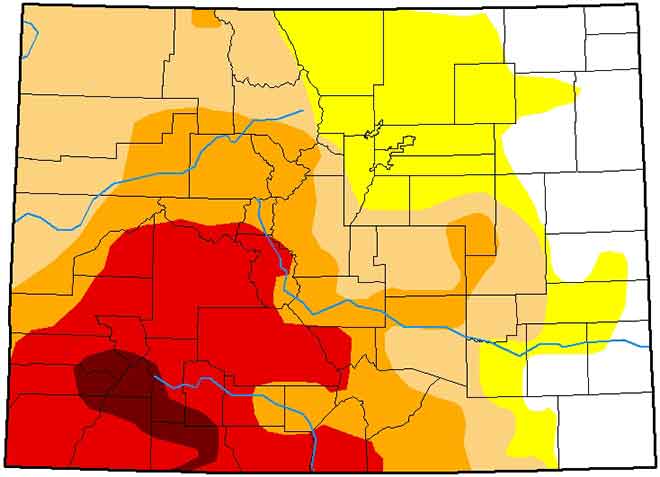 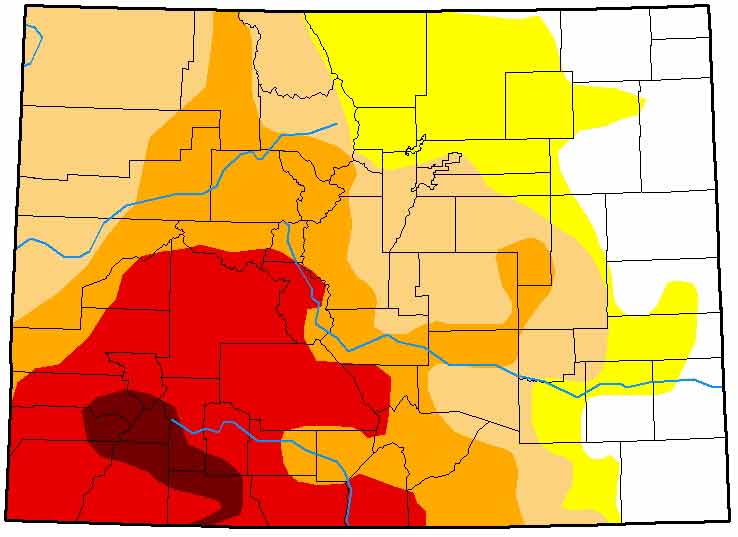 One year ago, just one percent of the state was drought-free while 24 percent was abnormally dry. Moderate conditions impacted 47 percent of Colorado, with the remaining 29 percent in severe drought.

Drought affects an area with nearly 1.8 million people in Colorado.

Despite receiving precipitation in the form of snow in several areas, the state was mostly dry during the week, closing out with warmer temperatures approaching 60 for parts of the state. Snow water equivalent - the amount of moisture in the snowpack - dropped slightly for all river basins over the week. 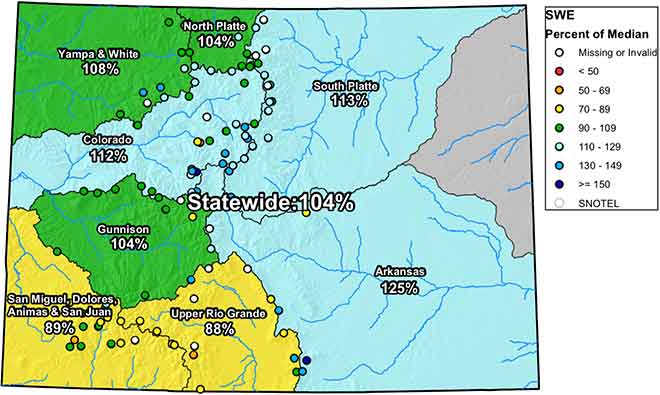 Statewide, the snow water equivalent stood at 104 percent, down from 108 last week.