Drought conditions have continued to improve across eastern Colorado, with nearly two-thirds of the state now reported as drought-free following recent spring rains. 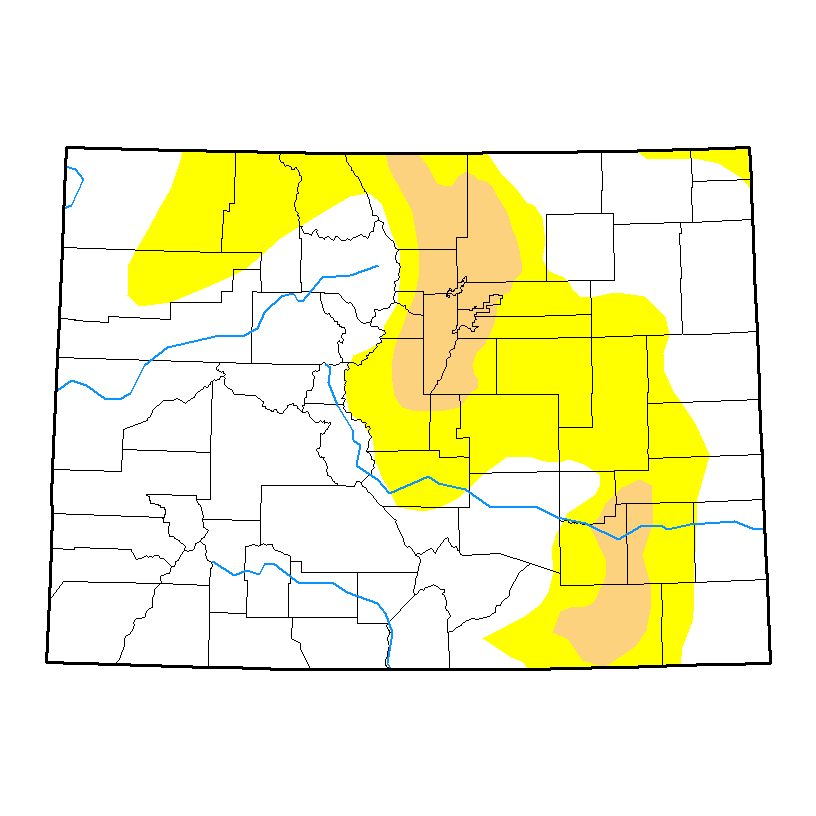 The greatest improvement occurred in northeast Colorado, and for counties along the Colorado-Kansas border. Most or all of Morgan, Logan, Phillips, Washington, Yuma, Kit Carson, Prowers and Baca counties moved from abnormally dry to drought-free. Eastern Kiowa and Cheyenne counties, along with northeast Weld county, northern Pueblo county, and northwest Crowley county showed similar improvements.

A significant spring snow storm which started Friday evening and will continue at least through Saturday evening, is bringing wet snow accumulations across most of eastern Colorado that will likely lead to further improvements. Southeast counties are currently expecting eight to 18 inches of snow, with the heaviest amounts expected south of Lamar and La Junta - areas still impacted by moderate drought.