How are bee population numbers doing these days?

B. Turner, via e-mail

Whether you've noticed it or not, there are far fewer bees around nowadays. One-quarter of the world's 20,000 bee species are in precipitous decline or have already gone extinct since 1990. A range of causes are to blame, including indiscriminate overuse of pesticides, loss of plants, and habitat destruction from human encroachment. But the latest and greatest threat is now climate change, which is warping the bees' environments (blooming seasons, plant diversity, etc.) at a faster rate than they are able to adapt. 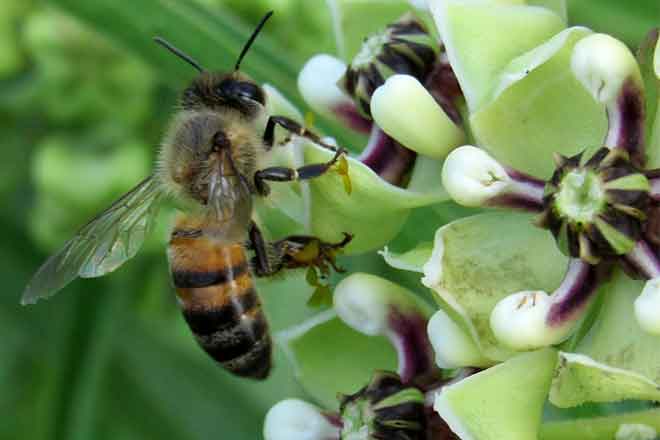 Today in the U.S. only eight bee species are afforded protection under the Endangered Species Act. Seven are found only in Hawaii while the other, the Rusty patched bumble bee, occupies the tallgrass prairie of the Upper Midwest, most of which has been lost to farmland, strip malls and housing developments. Rusty patched bee populations have fallen off by 87 percent as a result.

In February 2021, conservation groups petitioned the Biden administration to grant the American bumblebee endangered species protection as well. Once the most common type of bee from coast-to-coast, this iconic bee has declined by some 89 percent in just the last two decades alone. Conservationists are worried about the implications for bee-pollinated plants and the animals (like us) that depend on them.

While the bees' decline worldwide is unquestionably due to human activity, the silver lining is that human activity can also help bring them back. A new map of global bee distribution and density created by researchers from the Chinese Academy of Sciences and the University of Georgia aims to help conservationists track the health of various bee populations across the U.S. and around the globe.

As for what readers can do to help bees, plant some native plants that attract them to your backyard. Regardless, if you happen to see bees nearby, snap some photos of them with your phone and upload them to iNaturalist so researchers can use your sighting to help track population dynamics. For more ideas on how you can help bees rebound locally, check out the website of the Bee Conservancy, a U.S.-based non-profit that is coordinating efforts to save bee populations around the world.

The good news is that bee populations in the U.S. and globally have seen a slight increase during the course of the COVID pandemic, due to reduced human activity. But the problem is hardly solved--especially as we all get back to business as usual.

They may be small, but if we do not care for bees, we lose natural pollinators for the vast majority of cultivated crops and wild plants. If we can't save bees now, fresh fruits and vegetables could be scarce worldwide, which could in turn lead to massive social upheaval, even wars. It seems well worth our time, money and effort at this point to protect bees now, if not for their own sake, then for ours.