EarthTalk - Is there any future for small residential wind turbines?

You see a lot of people putting solar panels on their homes these days, but windmills not so much. Is there any future for small residential wind turbines as we transition to more renewable forms of energy?

Wind power will likely play a key role in the transition to a zero-emission economy--especially if we can start to distribute it more widely and harness its benefits on a building-by-building basis. Could your own small wind turbine next to your home be the next way to keep up with the Joneses while augmenting the electricity you already get from the grid or solar panels?

The short answer is...definitely. Large wind turbines lined up along the highway in commercial wind farms typically stand at least 150 feet tall, each powering thousands of households per year. But smaller, much less obtrusive turbines might output just enough power to serve as a back-up to your existing solar system or reduce what you need from the grid. Limitations on how much electricity a turbine can extract as well as the variability of the wind itself means that wind power might never be your primary energy source. But there's no reason it can't meet an increasingly larger share of your energy needs.

Small stand-alone wind systems might make sense for a larger residence or for a commercial entity like a farm or small factory or warehouse. Turbines that can share the electricity generated among a group of homes or buildings as needed tend to be much more energy- and cost-efficient. And extra capacity in a wind system can be sold to the utilities via so-called Renewable Energy Credits (RECs), which can help offset the up-front costs of installing turbines in the first place. 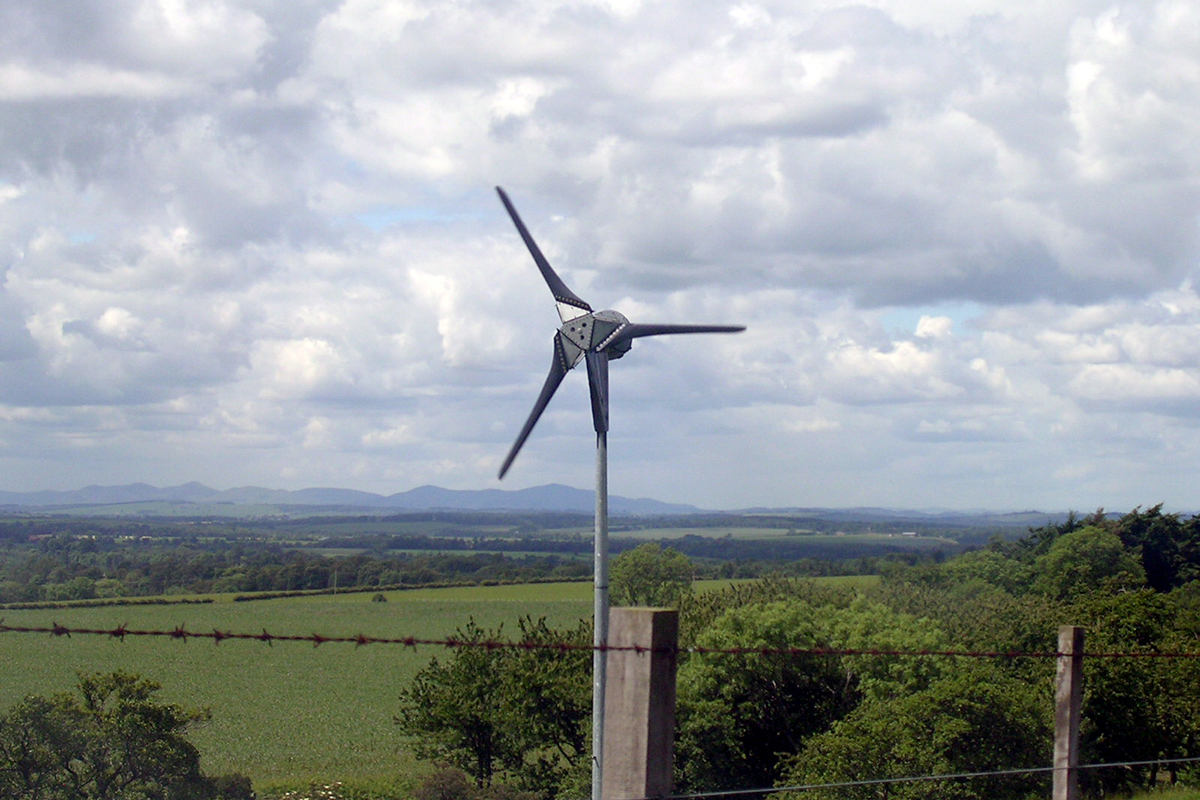 Backyard wind turbines could help us make the transition away from fossil fuels. Credit: Cowrin, FlickrCC.

Ultimately, the most important factor in determining whether to invest in a wind power system is the local climate. To maximize the efficiency of wind turbines, free-standing pole-mounted turbines need to be installed at a high-elevation locations with steady, strong sources of wind. After assessing wind conditions, work with an expert to choose the correct size turbine and tower. If the location is on the power grid, it'll serve you well to connect it to take advantage of RECs.

Overall, small, residential wind energy systems are essential to the nation's transition away from fossil fuels and toward a greener future. Though initial costs may seem unfavorable compared to cheap, non-renewable energy, investment in wind electricity will pay off in the long run. Both grid-tied and stand-alone wind systems are more energy and cost effective on wider scales, meaning that the more expansive the system, the more energy is generated and the overall cost goes down. Moving forward, higher demands for wind energy will lead to increased advancements in this technology, possibly offering even greater benefits and pointing toward a future powered by 100 percent renewable energy.