EarthTalk – How are food and beverage producers reducing plastic waste?

What are some examples of ways food and drink producers are fighting the ever-growing torrent of plastic waste they have helped create?

As more people become aware of the extent of plastic waste clogging up our environment, cutting back on plastic use is fast becoming a key environmental priority around the world. According to a 2017 study by researchers from the University of Georgia, UC Santa Barbara and Sea Education Association, humans have produced 8.3 billion metric tons of plastic since mass-production started in the 1950s. While we've recycled about nine percent of all that plastic and incinerated another 12 percent, as much as 75 percent has been discarded into landfills or, even worse, set adrift into the environment. If we don't slow down our current run rate of producing new ("virgin") plastic, we can expect to add another four billion metric tons of it to our global environment by 2050. 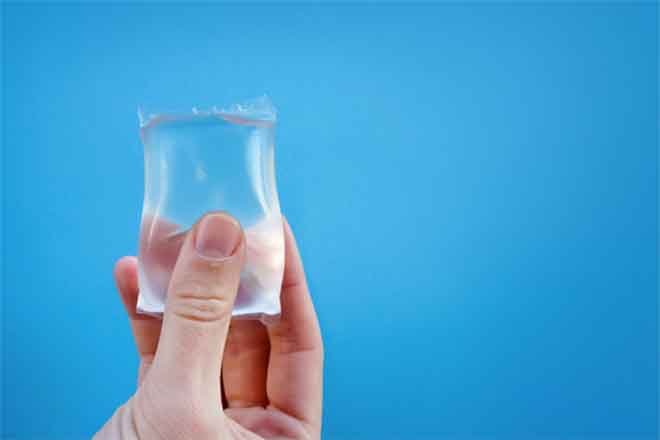 A London-based start-up wants to replace plastic water and soda bottles with these edible (and biodegradable) "Ooho" pods made from seaweed. Credit: Skipping Rocks Lab.

With no cheap and scalable way to collect and get rid of all this plastic, the best we can hope for is to not make the problem worse. Luckily sustainable alternatives to plastic are coming on strong. PLA plastic, which is derived from plants and functions like conventional plastic, is promising but needs to scale up to become economically viable as it requires dedicated recycling/processing systems to truly "close its loop." Likewise, paper or cardboard cartons could be a viable alternative to plastic food and drink storage containers if they are produced at great enough scale to justify dedicated facilities to process them for recycling, given that they are also infused with non-recyclable layers for strength and to prevent seepage.

PLA and cardboard are just the beginning of what is possible. Food producers and chemists are experimenting with making containers out of biodegradable plant products like corn starch, cassava and even algae. And just this spring, tens of thousands of runners participating in the London Marathon were given water out of edible pods made from seaweed and plant extracts instead of plastic bottles. Skipping Rocks Lab, the London-based startup behind the newfangled containers, reports that they're not only cheaper to produce than plastic but are also biodegradable, breaking down completely within a month, while not imparting any flavor or taste to the water or whatever else is inside.

While there's something to be said for technology, an older school "alternative" to plastic is all-natural plant material. American supermarkets could learn a lot from some Southeast Asian grocers, for instance, that wrap up produce for sale in biodegradable banana leaves instead of plastic bags. These all-natural wrappers can be thrown into the compost pile or yard waste bin and become rich soil without ever having to be processed using fossil-fuel based energy (like traditional recyclables).

You can do your part by telling your friends, neighbors, store managers, policymakers, elected officials and anyone else within hearing distance that you and millions of others like you don't want any more single use plastics in your town, county, state or country. And if you haven't already done so, get yourself a reusable water bottle and reusable shopping bag(s) so you can start being part of the day-to-day solution.