EarthTalk – What is cheatgrass and why is it a problem?

What is Cheatgrass and when did it become such a big problem out west?

Cheatgrass is an annual grass native to Europe and eastern Asia that European settlers brought to North America in the late 1800s as forage for grazing their livestock. Little did they know at the time that this innocuous looking herbaceous plant would eventually wreak havoc on ecosystems across the American West, edging out native plants and creating conditions ripe for now all-too-frequent brush fires. 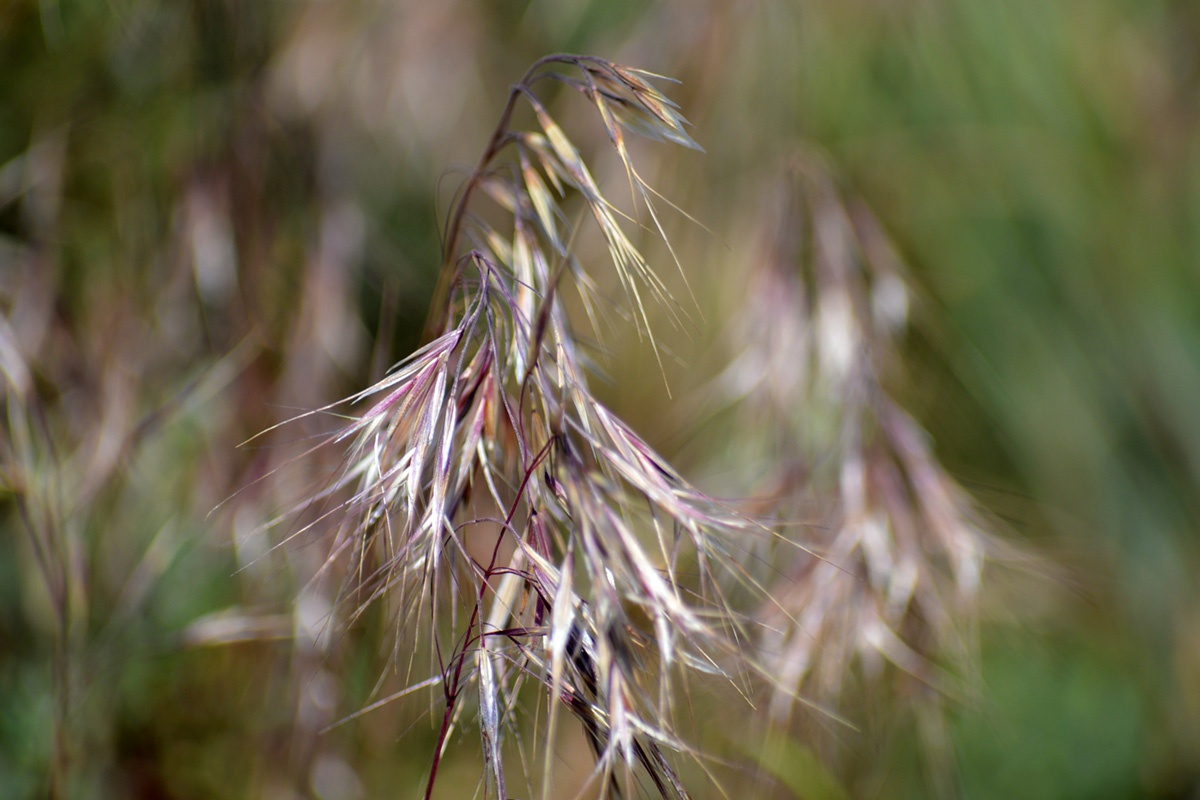 Invasive Cheatgrass has taken over more than 50 million acres of desert across the American West. Credit: USFWS, FlickrCC.

"It probably wouldn't have outcompeted with native vegetation if early settlers hadn't also introduced large numbers of livestock like cattle and sheep into sagebrush country," reports Mike Pellant, a retired Rangeland Ecologist with the Bureau of Land Management who volunteers for the non-profit Sage Grouse Initiative. "Our palatable native grasses and forbs [herbaceous flowering plants] weren't adapted to those high levels of uncontrolled overgrazing by domestic livestock, which created a void that Cheatgrass quickly filled."

And once Cheatgrass gains a foothold, it ups the fire risk around it significantly, in part because it sets seed in the spring and by the heart of fire season, in mid- to late-summer, its shoots have dried out and become like tinder that can spark into fire with the slightest provocation. "Basically, cheatgrass is comparable to tissue paper covering the landscape--an easily-ignited fuel that carries fire quickly and spreads it rapidly," adds Pellant.

Native plants in the Great Basin have not evolved to handle such frequent burns--every five to seven years on average lately. As such, each Cheatgrass-fueled brush fire creates more open space for more of the weed to quickly colonize. And by moving into open territory before native plants have a chance to set seed, Cheatgrass ensures its dominance over the desert ecosystems it inhabits.

The ascendancy of Cheatgrass is also a big problem for native wildlife as well as plants. The Greater sage grouse, Mule deer and Pygmy rabbit are just a few of the iconic desert species dependent on healthy sagebrush plants for their own survival. If sagebrush steppe landscapes go the way of the dodo thanks to Cheatgrass, so will these species and dozens of others which contribute to making the American desert such a special place.

That said, there is little we can actually do to effectively stop Cheatgrass' spread--it has already taken over some 50-70 million acres of desert across the American West. Herbicides applied widely have been effective at removing grown Cheatgrass plants, but these synthetic chemicals do nothing against the seeds already rooted in the soil--meaning the plant will sprout anew the next spring regardless. Employing all-natural soil microbes to inhibit the growth of Cheatgrass' root system below the surface shows promise as a potential solution. But it could be years before we know whether it's feasible to use on such an epic scale given how much Cheatgrass has already spread across the sagebrush steppe.