EarthTalk - Will skiing become a thing of the past?

Dear EarthTalk: With the onset of global warming, how likely is it that ski resorts and skiing itself might soon become a thing of the past? -- Mandy Billings, Provo, UT

Last winter's low snow year and unseasonably warm temperatures across much of the American West meant a bad year for business for ski resorts, and also left many of us wondering whether skiing would even be possible in the warmer world we're getting as we continue to pump out greenhouse gases.

"Our recent modeling suggests that under a high emissions scenario, skiing could be very limited to non-existent in parts of the country by the end of this century, particularly in lower elevations--such as the northeast, Midwest and lower mountains around the West," says Cameron Wobus, lead author on a 2017 study projecting climate change impacts on skiing across the U.S. "Things look better mid-century, so this dire future for skiing isn't imminent--and things also look much better under a more aggressive greenhouse gas mitigation scenario, so this future also isn't inevitable." 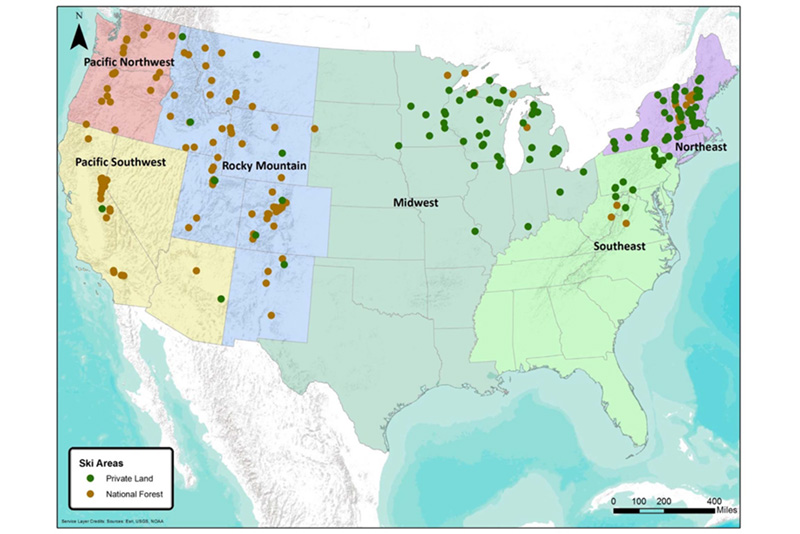 This map from a 2017 study shows projected climate change impacts on natural snow accumulations and potential snowmaking conditions across the U.S., with pink colors representing losses of 80%+ of the ski season and bluer colors representing less severe losses. Courtesy ScienceDirect.com

According to Wobus' research, ski resorts in the Pacific Northwest have the most to fear, with predicted losses of 80 percent or more of the ski season. Ski resorts in the Northeast also won't fare well as we warm. The relatively good news is that the ski resorts in the intermountain west should face "less severe losses" due to their higher elevations.

The ski resorts themselves are doing what they can to try to reduce and offset their own emissions. To wit, Vail Resorts will power its 15 U.S.-based ski resorts with 100 percent wind energy beginning in 2020, and is well on its way to achieving its ambitious 2030 goal of "zero net emissions, zero waste to landfill and zero operating impact on forests and habitat." Nearby, Aspen Skiing Company is big on solar, donates six figures annually to local non-profits working on climate mitigation and related issues, and lately has focused on firing up its customer base to encourage climate-friendly voting in Congress. Meanwhile, the list of ski resorts now deriving all of their power from on-site renewables (e.g., Berkshire East, Jiminy Peak, Squaw Valley, Wolf Peak, Arapahoe Basin, Breckenridge) is growing every year. 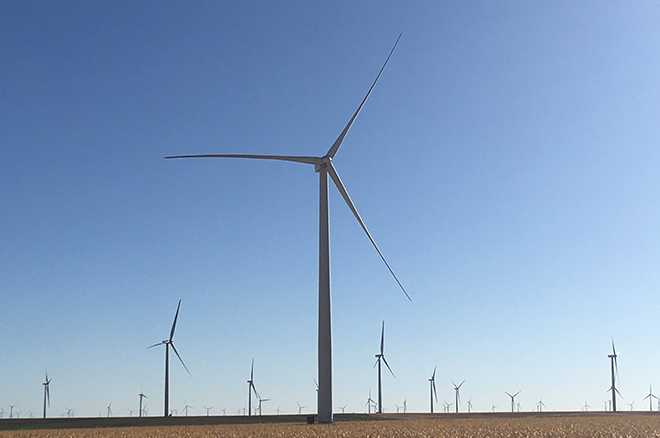 Coordinating and facilitating much of this activity is the National Ski Areas Association (NSAA), a trade group representing over 300 U.S-based ski area owners and operators. NSAA's Sustainable Slopes initiative, launched in 2000, provides an overarching framework for ski areas on sustainability and enhanced environmental performance. Its Environmental Charter serves as a blueprint and inspiration for ski resorts looking to green their operations. 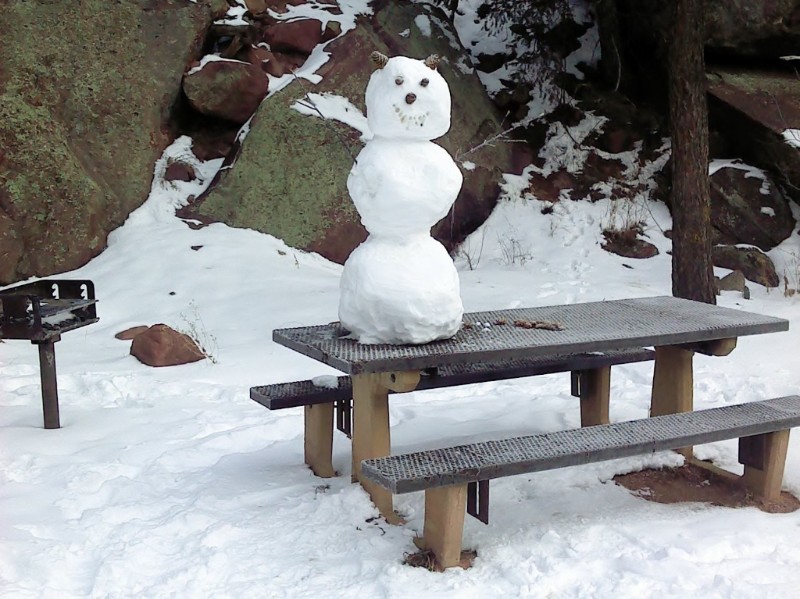 Another influential player is Protect Our Winters (POW), a non-profit founded in 2007 by professional snowboarder Jeremy Jones to mobilize the outdoor sports community against climate change. Its "Hot Planet/Cool Athletes" program, in which a professional skier or snowboarder leads an all-school assembly through a 45-minute multimedia presentation detailing the science behind climate change, how it's affecting snow levels and what we can each do to become part of the solution, has been an especially effective way to get young people fired up about solving the climate crisis. The program has reached some 60,000 students since its inception in 2011.

Letter to the Editor - Polis continues...