The National Weather Service has issued a fire weather watch in southeast Colorado for Monday.

Temperatures are expected to reach the mid- to upper 70s, while wind out of the southwest will gust up to 40 miles per hour. Relative humidity is predicted to drop to the mid-teens. Those conditions will favor rapid growth and spread of any fires that start. 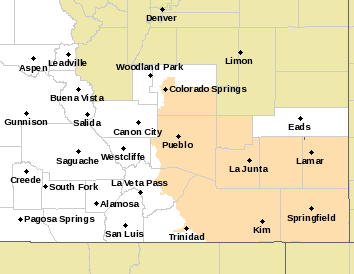 The watch is in effect for Monday morning through the afternoon, and could convert to a red flag warning. All of Crowley, Otero, Bent, Prowers and Baca counties are included in the watch area, along with most of Las Animas and Pueblo counties. Eastern Huerfano and southern El Paso counties are also included. Kiowa County is just outside the watch area, but could see similar conditions.

Temperatures in the Rocky Mountain and plains states have been unusually warm. AccuWeather Senior Meteorologist Brett Anderson predicted temperatures between 15 and 30 degrees above normal through the weekend. That warmup is expected to continue into at least the early part of the coming week, with temperatures remaining in the 70s through Tuesday before falling back to the 60s Wednesday in southeast Colorado. 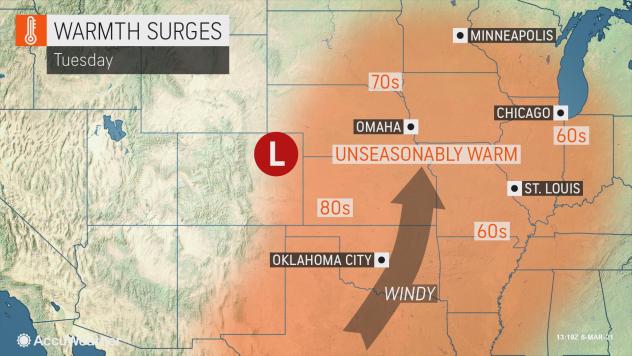 AccuWeather says many daily high temperature records in northern and central portions of the United States are in serious jeopardy of being completely shattered Tuesday. A few of those records even date back to the late 1800s.

A red flag warning was in effect for northeast Colorado Saturday, however no major fires were reported. That warning extended into portions of Kansas, Nebraska, Wyoming, South Dakota, North Dakota and Montana.