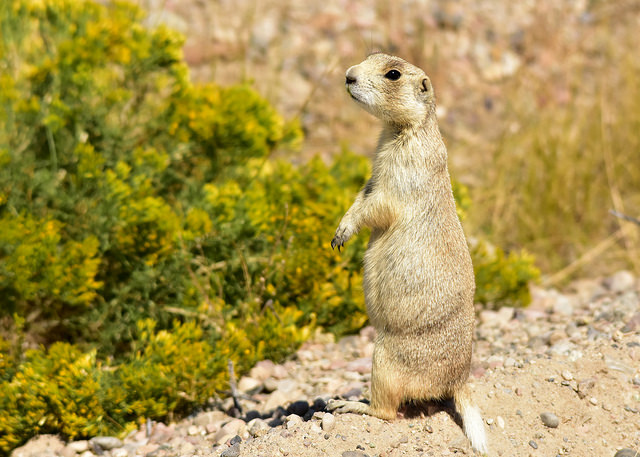 After a thorough review of the best-available scientific and commercial information, the U.S. Fish and Wildlife Service (Service) announced that the white-tailed prairie dog is not currently in danger of extinction and is not likely to become in danger of extinction within the foreseeable future. Consequently, the Service has released a 12-month finding stating that the species is not warranted for listing under the Endangered Species Act (ESA) at this time.

Prior to making this not warranted determination, the Service and its partners conducted a Species Status Assessment (SSA), which is an in-depth review of the species' biology, stressors and status, and a source of the best scientific information needed for all ESA decisions. This approach allows for state, tribal, and partner engagement and identifies opportunities to work with others to implement conservation efforts in advance of potential ESA decisions.

After analyzing the current and potential future effects of these stressors on the species, the Service found that white-tailed prairie dog populations are in moderate to high overall condition, have multiple resilient populations, and exhibit adaptability to stressors. Therefore, the Service finds that these stressors do not, alone or in combination, rise to a level that causes this species to meet the definition of a threatened species or an endangered species and that listing the white-tailed prairie dog as threatened or endangered is not warranted.

The announcement comes as a result of a September 9, 2014 court order which required the Service to reevaluate a previous 12-month finding on the species. The new 12-month finding addresses all of the issues raised in the court's order.

Like other prairie dog species, the white-tailed prairie dog lives in family groups within colonies that are made up of burrow complexes. However, it is the least social of the prairie dog species and has lower within-colony densities. Prairie dogs spend a large amount of their time foraging for vegetation near the colony. During the winter, white-tailed prairie dogs will hibernate for several months, so they must eat enough vegetation during the active season to build up sufficient fat stores. Prairie dogs are so named because of the "barks" they use to signal to other members of the colony when an intruder approaches.