Getting priorities on track to foster healthy elk populations in Wyoming 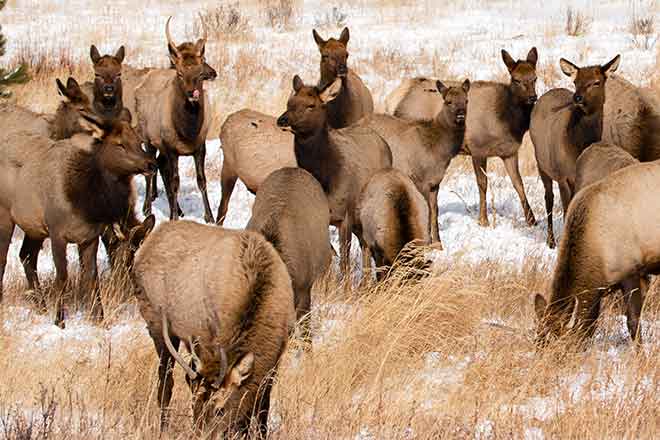 (Wyoming News Service) After receiving input from stakeholders earlier this year, the Wyoming Game and Fish Department has released a list of priorities guiding its initial draft of a management plan for the controversial practice of feeding wild elk at winter feedgrounds.

Kristin Combs - executive director of Wyoming Wildlife Advocates - agreed with much on the list, but said she worries the emphasis on maintaining unnaturally large big-game populations could compromise herd health.

She said it's important to make space in the plan for elk's natural predators.

"The one thing we don't see in the list," said Combs, "is having a robust suite of predators and large carnivores on the landscape that can really offer free services to provide for healthy elk herds."

She said allowing predators to kill off animals that fall sick to chronic wasting and other communicable diseases will limit the risk of hunters harvesting diseased meat, and strengthen biodiversity and the region's ecosystems.

Some hunters support using feedgrounds to maintain large elk populations, and outfitters see the practice as a proven way to keep doors open for business.

Game and Fish says it expects to publish the proposal after internal review, and will accept public comments in coming weeks.

The powerful ranching lobby has urged the agency to limit conflicts between cattle and elk, in part over fears of disease transmission, and that priority made the list. 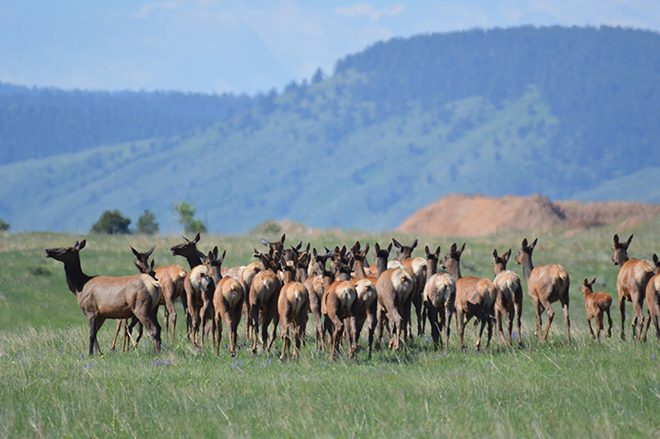 Combs noted that other western states including Colorado, Idaho and Montana that do not use feedgrounds place part of the burden of limiting conflict on ranchers.

"Fencing out elk is a requirement, or fencing in your hay stores," said Combs. "Keeping your herd separated from elk is a part of the responsibility of raising cattle, versus having the government do this for you."

Another priority is to modify feedground management to minimize disease transmission. Combs said the very nature of feedgrounds, where animals are packed together in close quarters, practically invites large-scale infections.

But she agreed with the agency's goal of helping elk transition to natural winter ranges.

"There's already a bunch of really good wild foraging areas," said Combs, "especially on the national forests, even on some private lands that are available."