As promised, "Maleficent: Mistress of Evil" delivers the most vile, repugnant, terrifying creatures known to man. I'm speaking of course, about the three fairy godmothers (Imelda Staunton, Lesley Manville, and Juno Temple) who have watched over Princess Aurora (Elle Fanning) since she was a baby. The actresses' faces on CGI fairy bodies is the stuff of nightmares. You may have heard of the Uncanny Valley, this is the Uncanny Bottomless Crevasse. 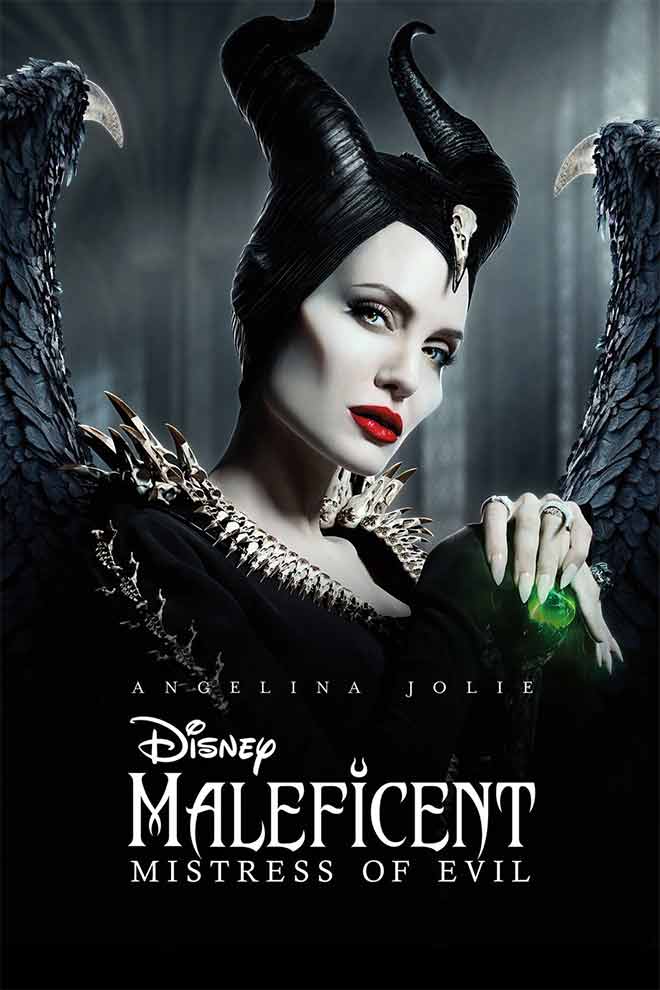 Also Angelina Jolie is back as Maleficent, the imposing fairy who served as the villain for the 1959 animated film "Sleeping Beauty." Maleficent got an origin movie back in 2014 that didn't so much recontextualize the animated film as it did completely change the narrative so that Maleficent was the protagonist who saved Princess Aurora from her evil father and the incompetent fairies. Reviews for the film were lukewarm at best, with the only compliments being directed at Jolie's glowering performance. Still, the movie did enough business to warrant a sequel, but since the familiar "Sleeping Beauty" material is all used up, Maleficent is going to have to have an original adventure this time.

The film opens with Aurora agreeing to marry her beloved Prince Phillip (Harris Dickinson). The kids are happy, Maleficent isn't. Phillip is from a notoriously fairy-hating kingdom led officially by the tolerant King John (Robert Lindsay), but really by the evil Queen Ingrith (Michelle Pfeiffer). Ingrith is so drawling and suspicious in her cadences that quite frankly the other characters look stupid for not picking up on her wickedness immediately. She wants to wipe out the fairy kingdom because... the given reason is something tacked-on about a son who went missing in the fairies' forest, but really I think she just saw those fairy godmothers and wants to scrub them from the earth.

During a not-so-passive aggressive dinner argument, Maleficent is framed for an attack on the king. While fleeing, she discovers more fairies of her own race, known as Dark Feys. The leader Conall (Chiwetel Ejiofor, here used well in a small role, as opposed to "The Lion King," where he was used poorly in a major role) wants to make peace with the humans, but the uppity Borra (Ed Skrein) wants to go to war before the humans can attack first. Maleficent is conflicted, since she knows the human race contains both Aurora and Ingrith.

The climactic action sequence is more "Game of Thrones" than Disney. There is a body count in these scenes, especially a segment where Ingrith's servant Gerda (Jenn Murray, the film's biggest scene-stealer) passionately attacks fairies with a poisoned organ, giving the scene a haunting soundtrack reminiscent of the climactic massacre in "The Godfather." She even gets some uncharacteristically bold action out of the fairy godmothers in this scene, making them tolerable for the first time in this franchise.

The film tries to give some development to Aurora and Phillip in an attempt to compensate for the characters' staggering blandness in the 1959 film. The problem is that it overcompensates and Aurora and Phillip are pretty much the leads in the second half of the film, with Maleficent hardly appearing at all. Fanning and Dickinson do an admirable job, but there's got to be a healthy middle ground between "uninspired" and "forgetting which character is selling the tickets."

As a whole, "Maleficent: Mistress of Evil" doesn't work. The CGI effects aren't as impressive as the film thinks they are, decisions and motivations exist simply to move the plot along, quick cuts and pacing mean that nothing really gets the chance to sink in, and the ending is laughably rushed and forced. But honestly, I halfway want to recommend the movie based on the over-the-top dinner and organ scenes alone. Sorry, the answer is no. It comes close, but too much of this movie is the wrong kind of silly.

"Maleficent: Mistress of Evil" is rated PG for intense sequences of fantasy/action violence and brief scary images. Its running time is 118 minutes.