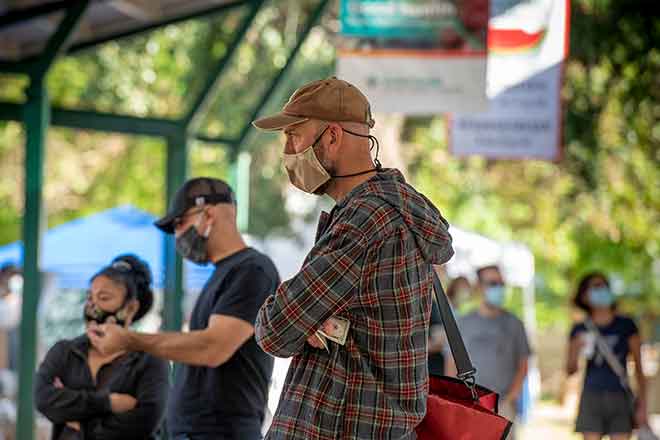 (The Center Square) - Two Southern California doctors who stood up against mandatory masking and raised concerns about COVID-19 vaccines are challenging a new law that allows medical professionals to be disciplined - even lose their licenses - for spreading misinformation about COVID-19.

Los Angeles psychiatrist Mark McDonald and Orange County primary care physician Jeff Barke filed a federal lawsuit this week to stop a new California law that labels the spread of misinformation or disinformation about COVID-19 as "unprofessional conduct." The case was filed in U.S. District Court for the Central District of California against the Medical Board of California and Attorney General Rob Bonta. They are represented by the Liberty Justice Center, a nonprofit legal group based in Chicago.

The lawsuit claims that AB 2098 violates free speech rights in the First Amendment and prevents California doctors from presenting views that challenge the "scientific consensus." The suit also states that throughout the pandemic, "consensus opinion" and official guidance have shifted upon learning new information.

"If this period has taught us anything, it is that the scientific and medical environments are constantly evolving, as new information and studies confirm or reject prior policies," McDonald said in a statement. "Doctors need the freedom to explore alternatives and share opinions that challenge the scientific consensus - that is inherent in the nature of the scientific enterprise. California cannot insert itself into the physician-patient relationship to impose its views on doctors and end all debate on these important questions."

AB 2098 was introduced to combat misinformation peddled by doctors surrounding COVID-19 vaccines, which have been confirmed to be safe and effective by the Food and Drug Administration. The spread of false information during the pandemic regarding the COVID-19 vaccines "weakened public confidence and placed lives at serious risk," the bill states.

According to the lawsuit, both Barke and McDonald became "outspoken" during the pandemic about "flaws" in the public health response to the pandemic. Both doctors objected to isolating children, opposed mandatory masking for the adult population, supported the use of medications like Ivermectin to treat COVID-19 and "raised concerns" about the vaccines.

McDonald, in particular, drew attention from the Medical Board of California, which appears to be pursuing an investigation into anonymous complaints regarding his social media activity.

In December 2021, the board notified McDonald about an anonymous complaint alleging his posts on Twitter and Facebook about masks were flagged as misinformation. The board reached out again in January 2022, asking McDonald to respond to allegations that he was promoting the use of Ivermectin to cure COVID-19 on Twitter. McDonald responded, stating it was "his practice to advocate for medical treatments that have the strongest empirical evidence to support their efficacy and safety."

The Medical Board emailed McDonald again August 30 requesting an interview, which will likely take place in the coming months, according to the suit. The plaintiffs claim that the board's "pursuit" of McDonald "demonstrates the intent of the Board to sue the power granted to them by the State of California to punish doctors" for speech.

In addition to the lawsuit, McDonald and Barke also filed papers this week seeking a preliminary injunction.