It is with deep sorrow and much love that we mourn the passing of Erica Dawn Arnold at the age of 32. She was born March 4, 1990, to Melissa Jones and Terry Arnold, and was the first granddaughter to both families. As a blue eyed little blonde girl, she loved to dance, sing, and dress up. 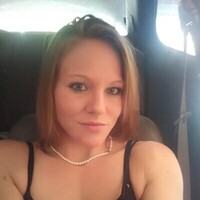 She graduated from Eads High School in May 2008.  She then attended Lamar Community College for general classes, and later transferred to Northeastern Junior College to study early childhood education. There she worked at Small World Christian Childcare Center.

Erica loved to bake, go on park adventures, and play dress up with the kids. Erica and the kids loved to go star gazing and take tons of pictures with each other.

She was also always crafting and doing art projects with them.

Erica passed away unexpectedly on July 17, 2022, in Baca County.