(The Center Square) - Officials from the Port of Los Angeles said Tuesday that they'd seen a "significant improvement" at the backlogged port in recent weeks, reporting a 25% drop in the number of import containers at the docks ahead of the holiday season.

In recent weeks, the number of import containers at the dock has dropped from 95,000 to about 71,000, Port of Los Angeles Executive Director Gene Seroka said during a press conference Tuesday. He also noted that the amount of cargo sitting at the docks for nine or more days has dropped by 29%.

"A 29% reduction on that older cargo moving off the docks while three weeks' worth of ships have come in and returned back to Asia is a good sign that we'll start moving at those anchored ships pretty quickly," Seroka said Tuesday.

While the pandemic-induced backlog at the port has caused major strains on the global supply chain and fueled concerns over a shortage of goods during the holiday season, Seroka said Tuesday that the ports "continue to deliver record amounts of cargo." He noted that the port expects to finish the year by moving 10.8 million twenty-foot equivalent units (TEUs) by the end of the year - a figure that will shatter the port's previous record of 9.5 million in 2018.

Seroka was joined by Secretary of Transportation Pete Buttigieg Tuesday, who highlighted the Biden administration's $17 billion investment in the nation's ports and waterways. For the Port of Los Angeles, this investment will fund many "shovel ready" projects that will create new rail and road connectors and expand land use, Seroka said.

During the press conference, Buttigieg also discussed the current conditions at the Port of Los Angeles, noting that the decrease in the number of containers dwelling for more than nine days is an "early but very promising sign." He noted, however, that the best way to end the pandemic-induced backlog is to stamp out COVID-19 altogether. 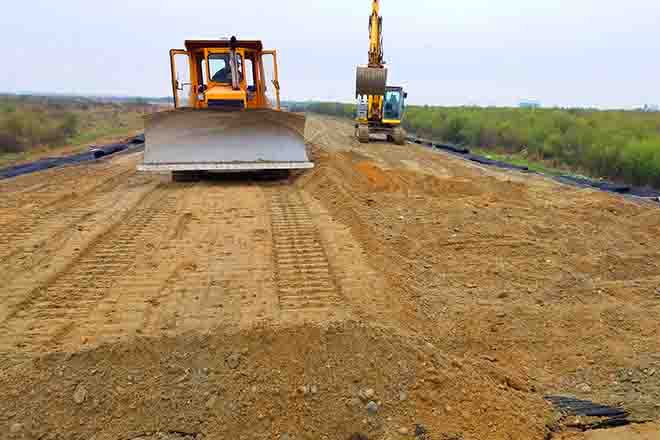 "The single surest way to end pandemic-related disruptions is to end the pandemic, and that's why the vaccine push of this administration is another tool in our tool kit to move goods efficiently across the U.S.," Buttigieg said.

As of Tuesday morning, about 84 container ships were waiting to get into the Port of Los Angeles, according to an operations report. In addressing this number, Seroka noted that only about one-third of those anchored ships are traditional transpacific vessels, while the rest are much smaller. On average, the port is working about 17 ships per day, Seroka said.

Looking toward the holidays, Seroka said he expects to see some "leveling off" after Thanksgiving but does not anticipate a big drop in imports. While concerns over holiday shortages loom, Seroka noted Tuesday that many retailers stocked up on Christmas inventory earlier this year than in the past.

"Our savvy retail community pulled forward a lot of their inventory and imports this year," Seroka said. "We started seeing Christmas and holiday goods crossing the docks in June, much earlier than traditionally seen in late August and early September. So, I think inventories are starting to build, which is good. Choices will be wider for us the American consumer, but we still have a lot of strength in the import market."

To accelerate the movement of containers at the Port of Los Angeles and the Port of Long Beach, the Biden administration authorized the ports to work around the clock in mid-October. This 24/7 schedule, however, has not taken full effect at either port just yet.

Officials explained Tuesday that the president's authorization was just the first step in making the move to around-the-clock operations, but officials remain in coordination with other parts of the supply chain, like rail operators and truck drivers, to make the switch.

At this time, Seroka said the port is operating at about 19 hours per day by implementing "flex hours" and opening gates a bit earlier. He added that the port is still working to "get this entire orchestra of supply chain players on the same calendar," noting there have been "very few takers" to date.

Seroka said there is currently a need for more warehouse workers and truck drivers to increase operations, noting that about 8,000 warehouse jobs are currently open in Southern California. In addition, the latest estimate from the American Trucking Associations says that the U.S. is short about 80,000 drivers - an all-time high in the industry.

To get to the point where the ports operate around the clock, Seroka said Tuesday it's going to take hiring more of these workers and syncing schedules with other major players on the supply chain.