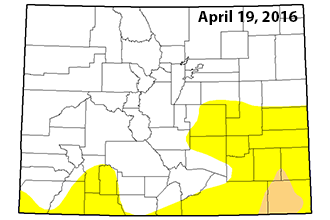 While a significant portion of the state is still abnormally dry, last weekend's rain and snow brought welcome relief in drought conditions. 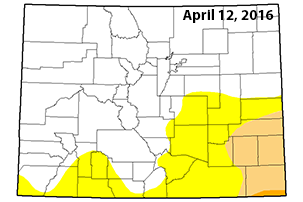 Storms last Friday brought 2-4 inches of moisture across much of the area, and cooler temperatures through the middle of the week slowed evaporation.

In the coming week, look for temperatures in the 70s and 80s, and some possibility of isolated afternoon and evening showers.