The next round of winter weather is expected in southeast Colorado Sunday, with snow developing from west to east as an upper level low pressure system continues to move through the region.

The system is expected to reach the Four Corners area by 5:00 a.m. Sunday and continue to move along the Colorado-New Mexico border throughout the day. Weather models are in generally good agreement about the track of the storm; however, snow amounts are still in question. 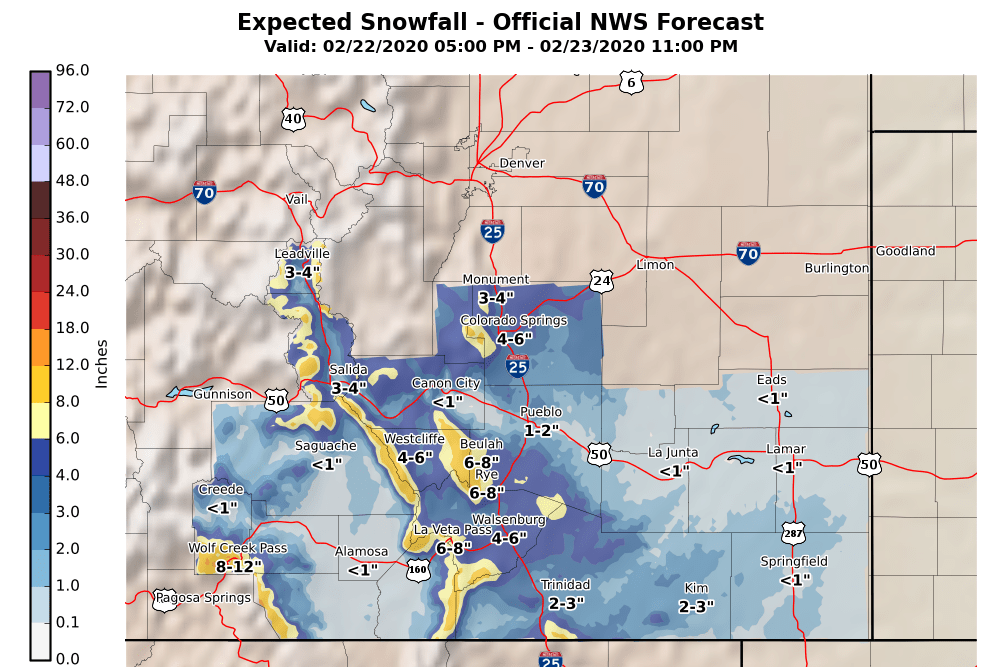 Winter weather advisories are expected to be in effect for the southeast mountains until the late morning Sunday for higher elevations, and into the mid-afternoon further east into Las Animas, Pueblo and El Paso counties. The San Juan and Sangre de Cristo mountains are predicted to receive 6-12 inches of snow, while amounts over the southeast plains may be in the 1-4 inch range.

The eastern plains can look for rain earlier in day before a switch to snow as colder air moves in. Timing for colder air will limit snow accumulation.

Wind will also be a factor Sunday. Gusts from north winds could reach as much as 35 miles per hour, creating areas of blowing snow and limited visibility, particularly near the Interstate 25 corridor from Colorado Springs to Raton Pass.

Travel conditions Sunday will be hazardous across the region. The latest road conditions are available from the Colorado Department of Transportation at http://COTrip.org.