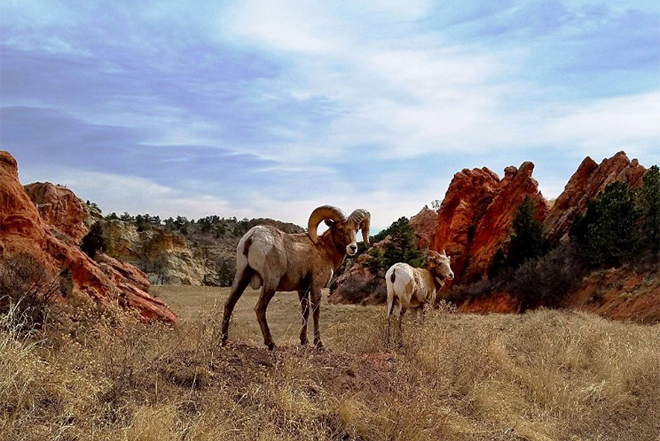 It didn't look like the typical nitty gritty work of wildlife conservation.

For a few chaotic minutes Monday, it looked like the "Bighorn Sheep Rodeo." And it seemed the Colorado Parks and Wildlife wranglers were losing.

But the tide turned quickly and soon the bucking bighorn sheep were subdued by about 100 CPW wildlife officers, biologists, staff and volunteers who swarmed some 30 sheep from Colorado Springs' Rampart herd trapped under a 70-by-70 foot net.

The CPW team had dropped the net as the sheep munched on apple pulp and hay used to lured them into the trap set amid stunning red rock outcroppings north of the Garden of the Gods.

Over the next hour, the wranglers - being careful to avoid pointed horns and sharp hooves - untangled the sheep from the net. Then they blindfolded and sedated 24 sheep and each received an ear tag before being loaded in a cattle trailer for shipment to Badger Creek Canyon northeast of Salida where they were released.

The goal of the project was to re-establish bighorn sheep in the canyon where a previous herd had collapsed due to disease. The last diseased animals were removed from the canyon in March 2013. It was part of CPW's ongoing mission to re-establish native species in their historic habitat.

In the process, the CPW team was retracing the footsteps of agency conservation pioneers who, in September 1944, were the first in the nation to capture and release bighorn sheep. They had a sense of urgency because Colorado's bighorn sheep had been driven to the brink of extinction in the 1880s by disease and unregulated hunting, prompting a ban on sheep hunting in 1885 to protect the few hundred remaining bighorns. 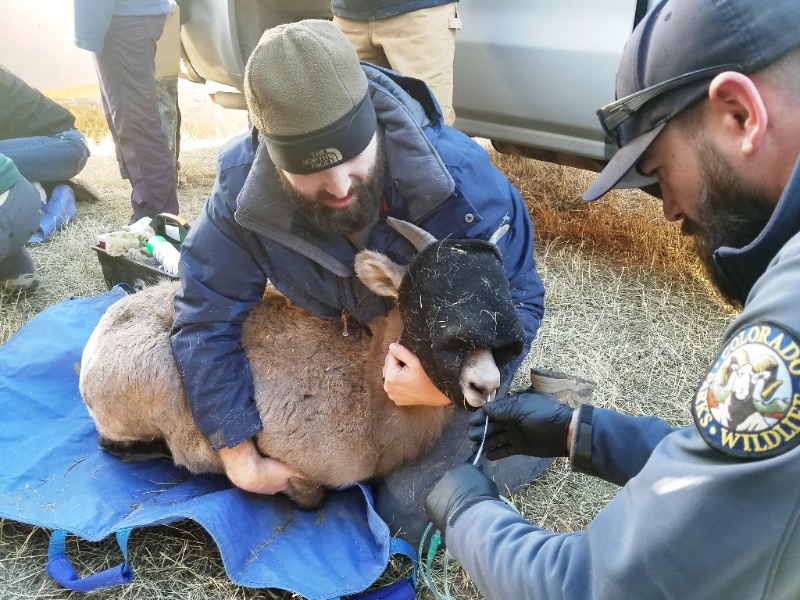 It took four years before biologists succeeded in 1944 in capturing 27 bighorn sheep, luring them with  alfalfa, salt blocks and apple pulp into a 1 1/2 -acre corral built with 16-foot-high fences in a narrow canyon at Tarryall Reservoir in South Park.

Eventually, Tarryall sheep were used to re-establish herds across Colorado including above Georgetown, in Mesa Verde National Park and, by accident, near the Garden of the Gods in Colorado Springs.

That's right. The Rampart sheep originally were destined for release on Pikes Peak. But the truck carrying them from Tarryall in 1946 broke down in Green Mountain Falls. So the drivers simply released the 14 sheep on board, hoping they would head up the mountain. Instead, they found their way north and east to the Rampart Range.

The capture and relocation conservation project worked so well that the statewide population rebounded to an estimated 3,500 sheep in 1953, making it the largest herd in the U.S. Hunting resumed a year later. Today, CPW estimates there are about 7,000 sheep in Colorado. 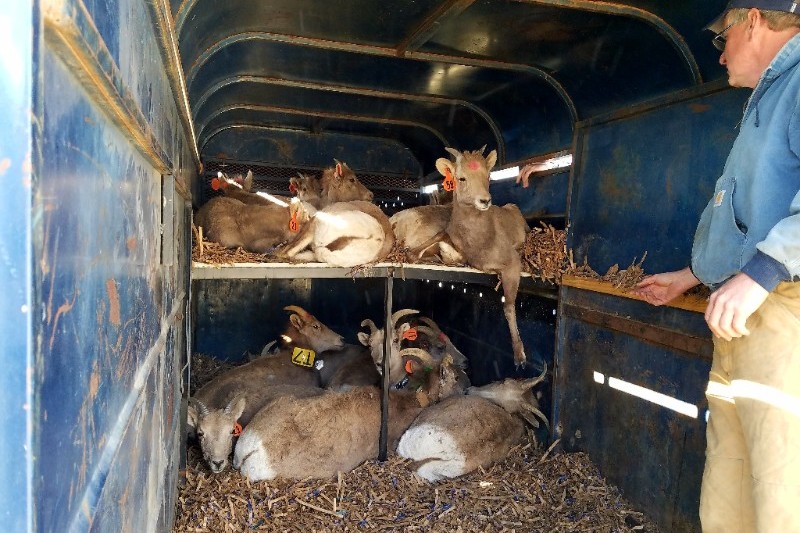 "Sheep transplants from Tarryall in the 1940s were the foundation of us recovering the species," said Julie Stiver, CPW terrestrial biologist who orchestrated the capture effort. "We wouldn't have the sheep we have today across Colorado without the work of those conservation pioneers re-establishing those sheep in their historic ranges. We are proud to be carrying on that tradition for today's Colorado residents and for future generations."

Of course, there are no guarantees the relocation will work. Bighorn sheep are susceptible to pneumonia and other diseases. And the 24 transplants will have to survive predators and weather conditions to grow into a sustainable population. 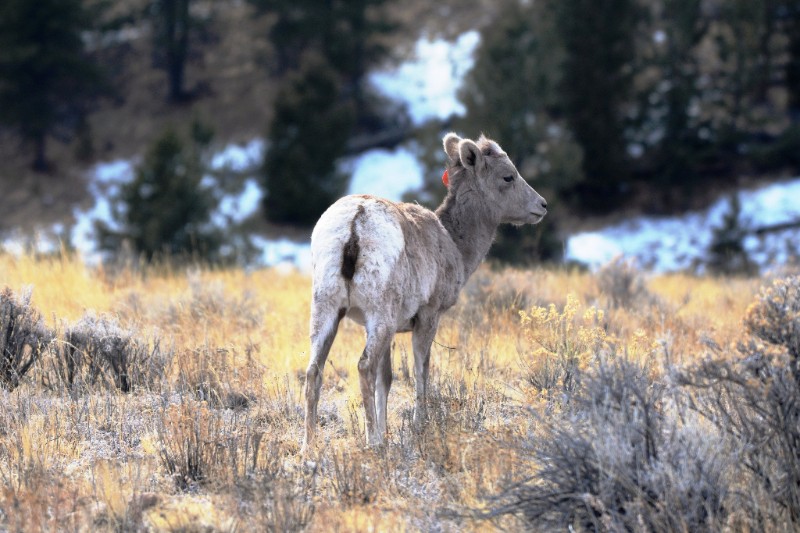 But with any luck, they will be as resilient as the original Rampart herd. Not only did that first 14 sheep have the misfortune of being stranded in a broken-down transport truck, they escaped near disaster that night when they congregated on the tracks of the Colorado Midland Railroad as an ore train approached.

In fact, a ram was killed in the collision but the 13 survivors went on to settle in above Colorado Springs where today's herd numbers 115 and ranks as one of the most  prolific in the state. At least the Badger Creek Canyon herd won't have to any nearby ore trains to worry about.