A winning edge for the Olympics and everyday life: Focusing on what you’re trying to accomplish rather than what’s going on with your body 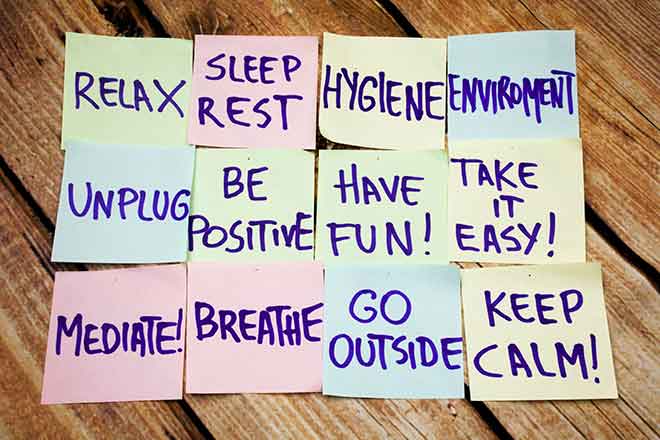 How fast someone runs, swims or rows; how high or long they jump; how accurately they hit a target; how well they balance; or how much weight they can lift depends to a significant extent on where they focus their attention.

I'm a sport scientist who for decades has studied how people learn motor skills. In the late 1990s I began examining how a performer's focus of attention influences learning.

Research suggests that what an athlete concentrates on can be the difference between winning the gold and not even making the team. What might be surprising is that shifting your focus from within yourself - what's going on in your body - to what's out there - what you're trying to accomplish - is a winning strategy.

An athlete's brain is busy

Consider what the brain needs to do to organize complex movements.

It must coordinate the contractions of the necessary muscles - ensuring that they happen at the right time, for the proper duration, and with the required intensity. It also must inhibit other muscles, basically telling those not involved in the movement to stay on the sidelines for the moment.

Temporary task-specific connections among relevant brain networks are a precondition for smooth, efficient and precise movements. The functional connectivity of certain brain areas and the suppression of other areas enable an athlete to produce elegant jump shots, tennis strokes, golf swings or tumbling routines.

Learning to produce effective brain activation patterns is a long-term process, of course. Achieving a skill level at which performance is consistently accurate, automatic, fluent and economical requires considerable practice. Athletes hone their skills over many years or even decades.

Nevertheless, at the moment they perform, their focus of attention plays a critical role. If athletes have the wrong focus, their performance will suffer.


Where to target your focus

Based on the findings of numerous studies, it's clear athletes should never concentrate on their own movements - what movement scientists call an internal focus of attention.

This might seem contradictory to the way many people learn a new sport. After all, those who instruct others in the process of acquiring movement skills typically refer to body movements. Think of a coach telling a young basketball player to flick her wrist while shooting the ball, or a golf coach telling a player to focus on his hip rotation. Consequently, athletes think about how to move their body parts, particularly in the early stages of learning.

But surveys have found that even experienced athletes often focus internally. Especially when they're under pressure - as they would be during competition - they tend to concentrate on their movements. Often, the result is that they "choke."

Instead, for optimal performance, the focus should be on the movement goal. This is called an external focus of attention.

It can mean concentrating on a target to be hit, such as the corner of a goal, a golf hole, a bull's-eye or a catcher's mitt. It can also be the intended motion or trajectory of an implement such as a javelin, discus or barbell; the desired spin of a ball; the force exerted against an apparatus or piece of equipment, the floor or an opponent; the water being pushed back in swimming or rowing; or the finish line in a race.

What it is not is the hand releasing the object or pulling the water back, the muscles producing the force, or the speed of leg movements.

More efficient to focus on what than how

Focusing on the intended outcome of your actions, rather than your body movements, reveals the body's remarkable capability to produce effective and efficient movements. Even movement form or technique often improves immediately when a person switches from an internal to an external focus of attention. The body does what it has to do to complete the action - unless you interfere via conscious attempts to control your movements.

Researchers have quantified just how much of an edge this focus shift can provide to athletes. With an external focus:

Considering that races are often won or lost by very small margins, sometimes in the range of hundredths of a second, an athlete's focus of attention can determine whether or not they win a medal.


Plenty of benefits beyond Olympic stadium

While most people will never be Olympians, an external focus provides benefits regardless of the performer's level of expertise, age or (dis)ability, or the type of skill.

[Over 100,000 readers rely on The Conversation's newsletter to understand the world. Sign up today.]

It turns out your body can more masterfully execute the actions you desire if you're able to move your conscious focus from what your body is doing and instead think about what you want to accomplish.