Unaffiliated voters will be receiving an Affiliation Notice in the mail next week which can be used to make a party affiliation choice for the Primary Election or change address information.

Gov. John Hickenlooper ordered flags to be lowered to half-staff on all public buildings statewide on Sunday, May 15, 2016, in recognition of Peace Officers Memorial Day during Police Week 2016, and as proclaimed by President Barack Obama. Flags should be lowered from sunrise to sunset.

The full text of the president's proclamation:

THE WHITE HOUSE
Office of the Press Secretary
For Immediate Release May 13, 2016
PEACE OFFICERS MEMORIAL DAY

The Kiowa County Commissioners Regular Meeting was called to order on April 28, 2016 at 9:04 a.m. by Chairman of the Board, Richard Scott. Scott opened the meeting with a prayer and Pledge of Allegiance. Those attending were:

Richard Scott, Chairman of the Board

USDA is seeking applications for loans and grants to help support the start-up or expansion of rural businesses. The funding is being provided through the Rural Economic Development Loan and Grant (REDLG) program. Under this program, USDA provides zero-interest loans and grants to local utilities, which use the funding to create revolving funds for projects that will create or retain jobs in rural areas. USDA is making $37 million in loans and $11 million in grants available. A recipient may receive a loan of up to $1 million, or a grant of up to $300,000. 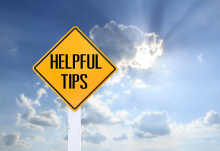 Officials Encourage Individuals to Register to Participate in an Exercise or Drill, Make a Family Communication Plan, Download Alerts and Know Local Hazards

Feeling scared about how your kids can...