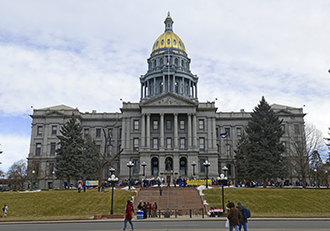 Colorado's county clerks want some leeway when it comes to providing early-voting locations during general elections because of costs, the turnout and the difficulty in securing locations and judges.

Arapahoe County Clerk Matt Crane said the data suggests the first week could be eliminated - his county spent $52 per vote over those six days. But he said one option for Arapahoe might be reducing locations for that first week from 11 to just the clerk's office and the four Motor Vehicle offices.

Martha Tierney, the attorney for the Colorado Democratic Party and a commission member, opposed the reductions.

"We saw two- and three-hour lines (on Election Day)," she said. "Let's not forget that."

The discussion about polling centers was the lone topic of discussion Tuesday at the fourth meeting of the Bipartisan Election Advisory Commission, which was created by Colorado Secretary of State Wayne Williams with support from legislators and others concerned with elections. The goal of the commission is to come up with solutions to fix election problems identified by Williams, his staff and others.

Williams told the group that he believes the data "clearly shows" that the present number of sites is excessive, but he doesn't think the first week should be eliminated.

The commission will meet two weeks from today, from 1:30 to 4 p.m. on Jan. 26, to discuss possible legislative fixes for issues ranging from early voting to the initiative process.

Lawmakers in 2013 passed a measure that made Colorado a mail-ballot state. But the bill still required its 64 county clerks to open a specific number of voter service and polling centers so Coloradans could vote in person.

The number of locations depends on the size of the county and the proximity to the election. As Williams traveled the state his first two years in office, he asked county clerks about early voting. Veteran clerks especially complained about the requirements.

For the 2016 general election, early voting centers opened Oct. 24 and continued through Election Day on Nov. 8. The number of Coloradans who voted in person at the centers was 214,499. That's out of the 2.8 million Coloradans who participated in the election, elections director Judd Choate told the commission.

"The cost of running these locations is becoming increasingly more expensive," said Crane, who also is president of the Colorado County Clerks Association.

He and the other clerks at the meeting talked about the difficulty of finding locations, especially as many schools don't want to participate because of security concerns and competing events at the facilities. He said the problem is not only finding judges who can work for two weeks, but also who are comfortable using computers.

It cost Arapahoe County $85,000 to run its 11 centers the first week when only slightly more than 1,600 people voted, making the cost per vote $52.17, Crane said. The following week the cost dropped to $23 a vote, which is still "astronomical" compared to the cost of ballots that are mailed in or dropped off at a ballot box, he said. Those costs average about $2 per vote in metro counties.

Tierney said she understands the cost issues, but, "I frankly think that's the price we pay in our democracy."

Crane countered he's not suggesting spending less money for elections, but that the $52 per vote in the first week of early voting would be better spent in other areas in that department.

Logan County Clerk Pam Bacon said her county is required to have one voter service center - her office in Sterling - until Election Day, when she is required to open another two.

Almost 80 percent of the county's population is based around Sterling, where most people work and shop, Bacon said. On Election Day, 349 people voted in person at the clerk's office. As for the other two polling locations, located on opposite ends of Sterling, 46 people voted at one center and 61 at the other.

Countywide, Bacon said, almost 50 percent of Logan County residents dropped off their ballots in a 24-7 secure drop box at the courthouse; 16 percent mailed the ballots;  19 percent dropped off their ballots at the clerk's office; and less than 15 percent voted in person. Of the in-person votes, less than half of 1 percent voted at the centers that were opened just on Election Day.

"It's not cost effective and it's too much for the county," Bacon said, pointing out she has to have judges and equipment in those outlying locations.

Bacon, who is a member of the commission and who will become president of the clerks association next week at its winter conference, said half of the medium-sized counties that were polled face the same situation.

GOP Chairman Steve House, who also serves on the commission, said Bacon made a good point about geography.

"Should there be a difference between flat ground in the eastern plains and mountain passes in terms of the rules?" Houes said.

Denver Clerk Debra Johnson, another commission member,  said her county needs that first week of early voting, but on the day before the election and on Election Day she believes there should be more voting centers.

Douglas County Clerk Merlin Klotz  is in an enviable position. His county partners with the school district, which holds an in-service day on Election Day. The school is closed, 50 percent of the judges are students and there is plenty of parking and space inside the schools. He said he wished schools were required to provide space to the clerks.

Klotz opened six early voting centers on Oct. 24 and 15 on Election Day. Although he wants to do away with the first week of early voting, calling it "worthless," he said the second week helps provide training for judges before the onslaught on the last day of voting.

"I don't like the idea of having to come up with a formula for a location as each of us have different situations," he said. "The clerks know what their counties looks like."

Williams stated that from the start. He used to serve as an El Paso County commissioner and the county clerk before being elected secretary of state in 2014.

"This sounds like a discussion clerks should be having with their commissioners," he said.

Feeling scared about how your kids can...