Colorado now has three fires burning in the northwest part of the state, with nearly 6,000 acres consumed. The latest fire is in Garfield county, while the remaining fires are located in Routt County.

The blaze was started September 1 by lightning in steep terrain that has a large number of dead and down trees.

There were reports Wednesday that the fire had grown to several hundred acres, however radar mapping Thursday afternoon showed just over 94 acres had burned.

One hundred firefighters have worked to reach 25 percent containment.

The Deep Creek Fire is currently the largest in the state, and is located eight miles northeast of Hayden or 13 miles northwest of Steamboat Springs, has burned nearly 3,800 acres since its start Monday.

The Deep Creek Fire is near the Steer Park Fire that was contained last week. It is unknown if the two fires are related.

A pre-evacuation notice was sent to residents of the Deep Creek community as the fire was advancing on the area. Fire crews were able to use bulldozers to construct a line northeast of the fires that should limit fire growth toward the community.

Over 250 firefighters are working the blaze, which is burning in conifer, aspen and gambel oak trees on a mix of private and Bureau of Land Management property. The fire is encountering dead and downed trees, providing abundant fuel, and grew considerably Thursday night, however fire crews hope to reach containment by September 19. The fire is currently at zero containment. 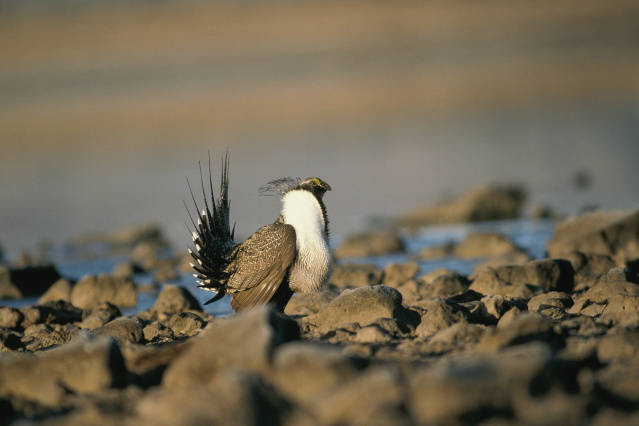 Habitat for the Greater Sage Grouse is in the area. Firefighters will attempt to protect the habitat, though homes and other structures will be given priority.

Weather will be a concern over the coming days as thunderstorms are expected to produce strong wind gusts that could spread the fire.

A Type 2 federal incident management team has taken command of the fire response.

The Big Red Fire, which was discovered Monday and had grown to 1,400 acres over the Labor Day holiday, has now reached over 1,800 acres.

The fire is believed to have been started by lightning August 19 - the last time storms were in the area. The fire is burning in the Routt National Forest north of Big Red Park about five miles south of the Colorado-Wyoming border or 45 miles north of Steamboat Springs.

Over 70 firefighters are working the blaze and attempting to use meadows, drainages, and rock outcrops, along with roads and trails, as fire breaks when possible. The area has been heavily impacted by beetle-killed spruce, fir and pine trees, and poses a substantial risk to the safety of fire crews.

Most activity is focused on the creating a fire line along the southern perimeter of the fire to help protect private property.

Monday, smoke from fires burning in Montana, Oregon and Washington led the Colorado Department of Health and Environment to issue air quality alerts across eastern Colorado. While a cold front dropping across the eastern plains Tuesday helped clear the air, smoky conditions are expected to continue Friday and Saturday for parts of Colorado.

Harvard study: COVID patients may be...