The weather during the six days of the county fair was warm and incredibly wonderful. Last week, I didn't get to mention some more highlights of fair week. A huge thank you goes to the Fair Board. Those volunteers who worked to bring all those good happenings to us were Bart Michael, Scotty Englehardt, Mike Johbson, Areta Laird, Bobby Sinka, Dawn Back, Cindy Pittman, and Tyler Hainer. Andrea Voss worked with Cindy Pittman to bring the vendors to the fair goers.

Another thank you goes to the VFW men and women of Eads and Kit Carson who did the Honor Guard duties at the Saturday parade and rodeo. A heart touching scene as to watch Kiya Leonard lead a rider-less horse with a cowgirl hat as the announcer delivered a moving tribute to the late Lori Shalberg of Sheridan Lake, who passed last October from complications from cancer. 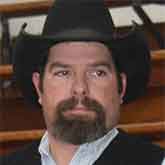 At the Saturday rodeo, Tearle Lessenden was given a large belt buckle for the many years he served on the Fair Board before he became the County Extension Agent.

Some other highlights of the fair were the vendors for yummy food and drink, a beer garden, lovely clothes to buy, a petting zoo, Dr. Meredith Koch-Cordova's Chiropractic nook, the Sand Creek National Historic Site exhibit, several clothing booths, Kit Carson Lutheran Church, our library - who also had a parade float (have you submitted your survey to the ladies?), live fish, Eastern Slope Rural Telephone Association with our own Dorie Musgrave winning the wonderful lawn furniture, Sharon Arns and ladies with the Scentsy booth, and many more offerings.

Bonnie Morgan, with her husband, Rick, worked for months to bring and outstanding display of spectacular cars - mostly vintage type - to the parade and the Dusty Plains Car Show held in front of the American Legion Hall. I can only imagine the fun it must have been to listen to and dance to the music of the Rodeo Road Apples Band and Rhett Uhland and his band.

The Eads senior citizens enjoyed a baked potato bar noon lunch last Wednesday. They were pleased to hear an update from Jan Richards, the Kiowa County Economic Development Foundation Director, who told us that she would be working with a broker and Cindy McLoud on accounting for the tax credits that will be sold, which must go through her office. She said that construction work is progressing more quickly than expected. 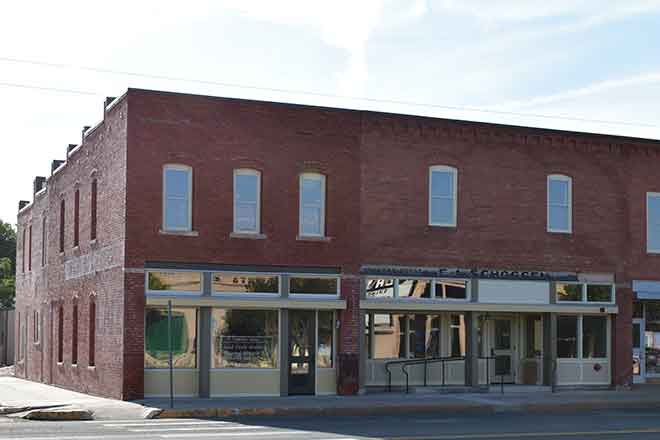 Dr. David Lenderts, the Chief of Staff of Weisbrod Hospital, also spoke. He has been working with Weisbrod for eight years and has seen so many improvements. He reports that the clinic and hospital are becoming more and more highly regarded by people who come from many towns for medical services, Some towns he mentioned were Kit Carson, Cheyenne Wells, Wiley, Lamar, McClave, and other towns and cities. Before the business meeting, I told more details about "Buy a Brick" for the sidewalk outside the theatre. I carry some forms around with me. One can buy an engraved brick for $100.00 or do as some families and classes are doing for $350.00 to list many names or a quote or symbols.

At the meeting Cardon Berry asked for prayers for his brother, Damon Berry, that he might not suffer long since he had a heart attack, then a stroke and was in a coma. Cardon and Joyce left after church dinner Sunday to drive to Texas where Damon's service was to be near his home in Florence, Texas.

The next volleyball matches will be in Eads Thursday, October 26. The football team has a bye for this week.

I encourage people to go to the movie, "Overcomer," October 3-5. It ought to be appeal especially to teenagers, adults, and senior citizens. The story line is about teen sports, a teacher-coach, and older man in the hospital. It is a faith-based movie that has good reviews. "Peanut Butter Falcon" is highly recommended also about the life of a young man who has Downs Syndrome. See it this weekend, September 27-29.

Many family and friends went to the funeral of Ms Ruthanna Jacobs Saturday afternoon at the United Methodist Church. Pastor Janita Krayniak officiated the service with Nancy Walker at the piano. The hymns were led by Ruthanna's nephew, Lennie Bottorff. He and his wife also sang a duet, "Blessed Assurance." He has such a melodious voice, similar to his late father.

I am so thankful to the person(s) who left a pretty purple mum plant by my ramp door on Saturday of the fair. To protect it from the wind, I surrounded it with a white pumpkin that Roger and Betsy Evans gave to me, and two white ceramic ducks made by Margaret Frazee. Thank you, from my heart. I am so fond of flowers!