"Take delight in the Lord, and He will give you the desires of your heart." Psalm 37:4

The hearts of many people in this county have been hurting from the shock of hearing of the sudden death in Wisconsin of Seth Splitter, formerly of Sheridan Lake, last week. Seth, who is the son of David and Dennill Splitter and the husband of Seija, left a positive imprint on people from many communities. Tuesday evening, I saw Seth's name engraved on the silver and the gold plates on the Colorado State Football Runner-up (2014) and Champion (2015) Trophies in the glass case at Eads High School. Although Seth was a student at Plainview, Eads students and staff were blessed because he played with our football teams and competed with our wrestling teams! That was because this was a sacrifice of travel and time made possible by his parents.

Virginia Mitchell celebrated her 77th birthday the September 26 with friends and her three daughters, Dawna, Diana, and Carrie, and on Skype with daughter, Melinda in California, who sang "Happy Birthday Mama" while admiring the candles of angel food cakes that were served with strawberries and ice cream to the guests and residents.

Margaret Frazee wanted to go with her sons, Forrest and Denny, to Oklahoma to the funeral of her only brother, Bobby Patton, last week-end, but couldn't. This has been a sad year of losses of her dear loved ones, her daughter-in-law, Sharon Frazee, her sister, Betty Holthus, her niece, Shelly Koets' husband, and now Bobby. But Margaret, is such a grand lady in her nineties. She reminds me of the sturdy pioneer that she is, so strong, and such a "rock" of grace.

Betty Clark drove to Haswell recently to go with her daughter, Marlynn Eikenberg, to La Junta to watch the softball game to see their granddaughter and great granddaughter, Raegan Gibbs, play on the Lamar team. When I saw them, they were dressed in their black and orange tee-shirts.

Sunday evening, the Kiowa County Fair Board hosted an appreciation barbeque to say "thank you," to the people who volunteered to make the 2018 county fair better. That was really gracious gesture on the part of the board. 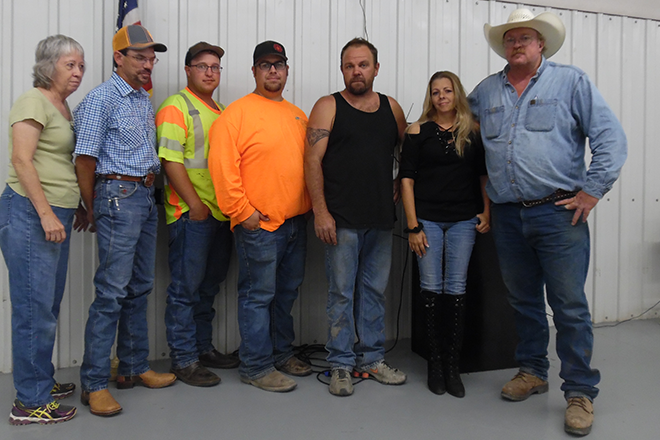 Lori Shalberg has been hospitalized for several months. It is nice that she can be in Eads where her parents, Merle and Carol, visit her daily and her aunt, Charlotte Woelk, daily goes there to read mail and Bible devotions to Lori.

The Eads FLBA hosted a volleyball tournament as a fundraiser last Saturday with teams from several towns. Mrs. Shannon Ellenberger's FBLA has many trips to fund, and they also reach out to do community service in Eads.

The CLCEC, Crow Luther Cultural Events Center Board, met last week, to discuss numerous new projects and requests for use of the theater. How exciting to hear that some progress is being made to renovate the two empty buildings next to the theatre that they own.

This week, the CLCEC was the site of the local political candidates to speak on stage and to answer questions. More on this topic next week.

The Farm Bureau will be hosting a major concert by a band from Denver October 20 in the theatre. The CLCEC will be offering Mexican foods and a beer garden.

Carrie Stavely spent most of the day last Wednesday with Elda Stavely, who was in the La Junta Hospital from a minor stroke. Elda's daughter, Franci Cain, was there too, but also needed to go to Las Animas to be with her father, John Stavely.

When Gilbert Brown receives that huge big cardboard card that is being signed by people around Eads, he will probably be quite pleased. Get well soon, Gilbert.

Thanks to Commissioner Cindy McLoud, who met another grant deadline this week for the future senior citizen's new building. We would be at total loss without her expertise.

Robin Musgrave went with me to Kit Carson, and we discovered that Margaret Stewart has re-opened her Shep's Inn for home cooked meals in the evening. We had a cozy meal in the big dining room.

Diana Pearcey Flory joined us for the weekly coffee hour at the Weisbrod Hospital Extended Care Unit. She is such a delightful and knowledgeable lady. People were glad to hear about her mother, Dora Pearcey, who lives in Winsor. Ruthanna Jacobs held Diana's hand most of the time.

The Haswell Bazaar is this weekend, Saturday, October 6, from 9:00 a.m. to 3:00 p.m. in the Community Center. There will be a lunch served to help earn funds to keep this very vital building open for the Haswell community.

Linda Trosper found the perfect quilt to display in the Extended Care Unit dining room. It is one with heads of various colored horses among blocks of tiny primary colors designed by Madonna Pollreis.

Jacob and Barbara Diel seem to be doing a little better lately. It is nice that their daughters, Ginger and Kassie, have been here to help them and to visit. 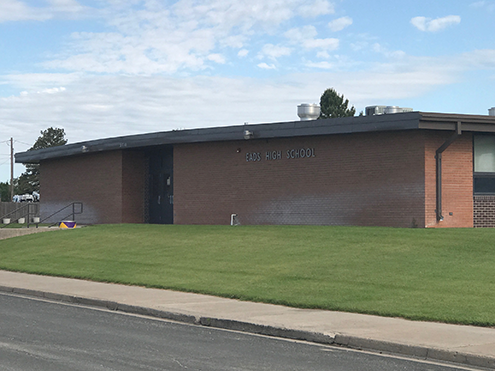