After Fire, Effort Continues to Save Remaining Hayden Creek Trout 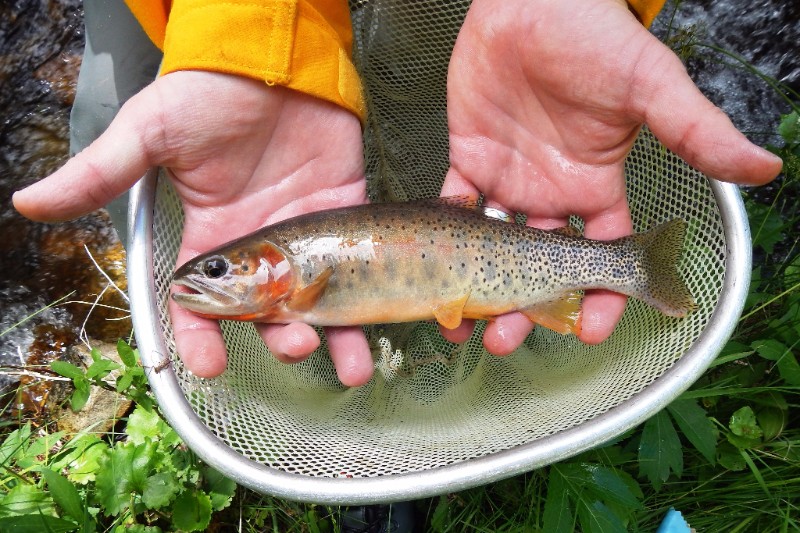 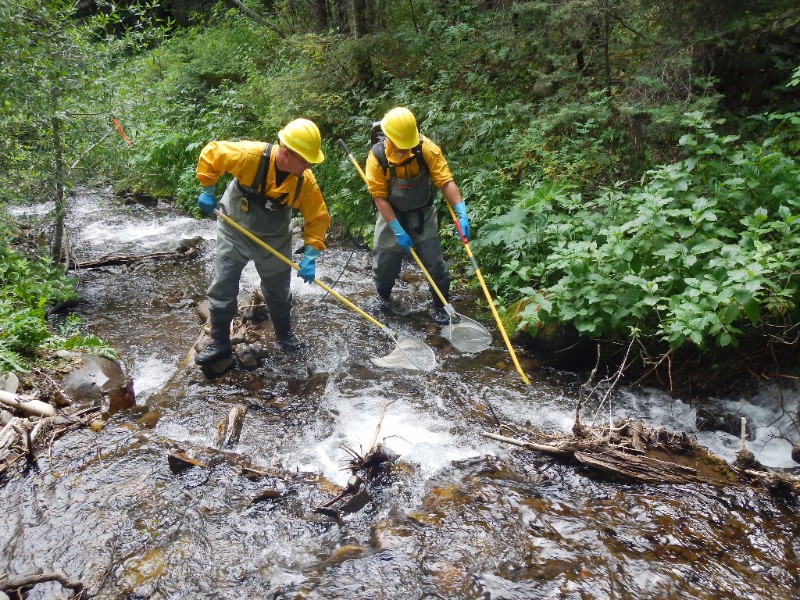 Throughout June, hatchery technicians have artificially extracted milt and roe - semen and eggs - from the unique cutthroat trout, which were first discovered in Hayden Creek by CPW biologists in 1996. Today they may be the last survivors because no fish were found in an initial survey of the South Prong of Hayden Creek in the aftermath of the wildfire and subsequent flooding.

The fire erupted from a lightning strike last July 8 and roared out of control for weeks, eventually charring 16,754 acres across the Hayden Creek and Big Cottonwood Creek drainages above the Arkansas River near Coaldale.

At the time, CPW staff and U.S. Forest Service (USFS) volunteers made a desperate dash behind the fire lines and captured roughly half of the cutthroats believed to be living in a one-mile stretch of the South Prong.

Of the rescued trout,158 were taken to Roaring Judy and placed in isolation. The other 36 were released in Newlin Creek south of Canon City with a goal that they would reproduce naturally.

Several hundred fish were left behind in hopes they would survive and the monsoon rains would spare the drainage. Heavy rain events after a fire can inundate streams with debris, ash and sediment making it difficult for fish to survive and reproduce.
Indeed, soon after the fire, fall monsoons ravaged the watershed. Biologists returned to the area with sampling gear and could not find a single fish. They plan to return to the creek this fall in hopes of finding a few hardy survivors.

The Hayden Creek cutthroat are unique and different than the famed pure greenback cutthroat residing in Bear Creek, on the western edge of Colorado Springs. Those trout, which ironically are native to the South Platte River basin, were once thought to be extinct in the 1930s. A study headed up by scientists at CU Boulder in 2012 revealed that the only true greenback cutthroat resided in Bear Creek. That information led to the propagation and eventual reintroduction of those fish into several streams and one lake in the South Platte basin. 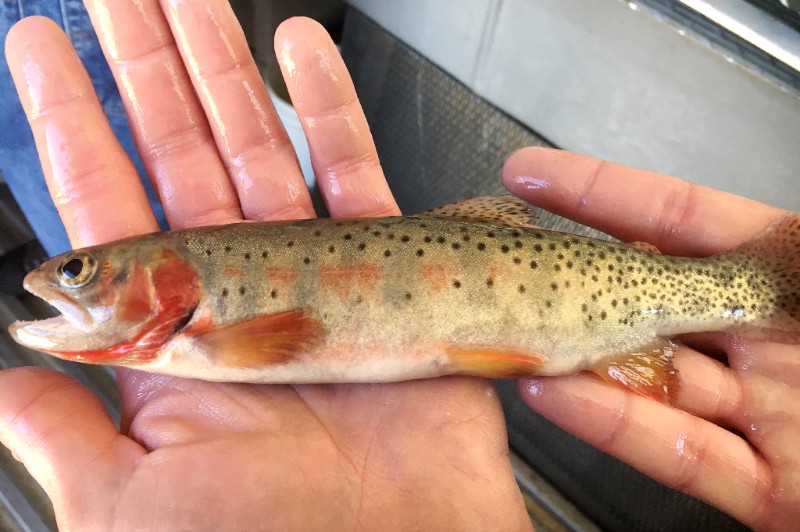 The cutthroat trout in Hayden Creek, and now in the hatchery, are unique and contain genes matching museum specimens collected by early explorers. In 1889, ichthyologist David Starr Jordan collected a pair of trout specimens from Twin Lakes, near Leadville. Today those specimens reside at the Smithsonian Institution's National Museum of Natural History. The Hayden Creek cutthroat trout are the only known modern fish to share their genetics.

"The coordination that occurred between the USFS staff and CPW to rescue these fish from the wild during an active fire was truly amazing," said Josh Nehring, CPW senior aquatic biologist. "Furthermore, our staff at Roaring Judy, lead by Seth Firestone, has provided exceptional care to these fish. It is not an easy task to take a wild fish into the hatchery and get them to survive let alone reproduce. Kudos to that team!"

Their spawning efforts began June 12 in the isolation unit located along the East River, north of Gunnison.

Firestone, hatchery manager, said roe was stripped from 10 female cutthroat and mixed with milt from 10 males the first day. Action continued June 19 and the staff is hopeful for more success the week of June 26.

But the rescue is not without risk. The trout are being treated for fungus attributed to male aggression.

"It's a concern," Firestone said, describing how the fish are receiving weekly baths in a mild saltwater solution to combat the fungus. "We are doing our best to keep it under control."

Photos courtesy Colorado Parks and Wildlife. Top: A rare cutthroat trout after it was rescued from the South Prong of Hayden Creek on July 20, 2016, by Colorado Parks and Wildlife staff and U.S. Forest Service volunteers who went behind fire lines to save nearly 200 of the unique fish. Middle: CPW staff working behind fire lines during the Hayden Pass wildfire on July 20, 2016, to rescue rare cutthroat trout in the South Prong of Hayden Creek. Bottom: One of the 158 surviving Hayden Creek cutthroat trout, named for a red slash under its jaw, is handled during spawning operations recently at CPW's Roaring Judy Hatchery north of Gunnison.