In northwestern counties, harvest of hay progressed quickly due to dwindling irrigation water supplies and therefore cessation of irrigation. Regrowth has been limited on pastures due to lack of moisture. 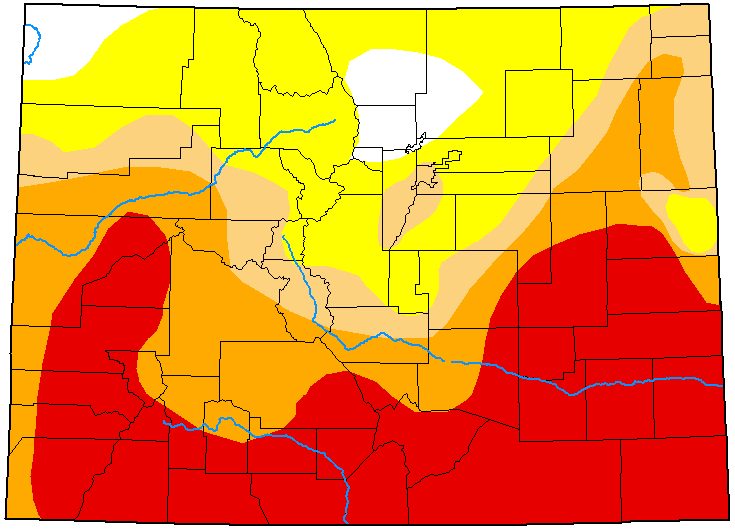 East central counties received limited, isolated moisture in areas last week. Pasture conditions continued to decline, and concerns were high for the ability of spring crops to mature normally and produce grain without more moisture. A report from Kiowa County noted emergency grazing of CRP was being implemented.

In the San Luis Valley, monsoonal moisture brought scattered precipitation to the area. The potato crop was notably in good condition and maturing ahead of the average.

In southeastern counties, isolated rain brought moisture to a few areas. Moisture was very beneficial for native grass growth in pastures, but more is needed.