Hardly any measurable moisture was received across the eastern portion of the State last week. Western counties reported significant snowfall at higher elevations and the foothills received a few inches of snow in some areas. 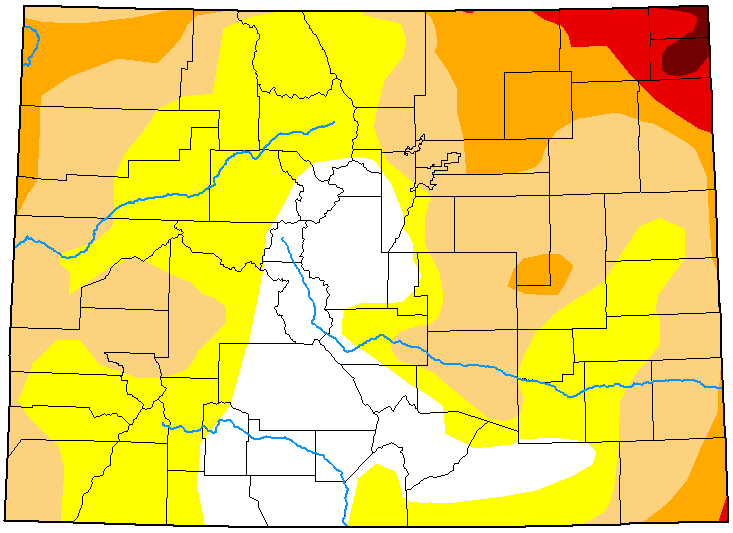 Below average temperatures were observed across the State last week, with average maximum temperatures staying below 70 degrees. Low temperatures for the week were between 3 degrees in the mountains and 30 degrees on the eastern plains.

Potato harvest in the San Luis Valley is officially complete due to freezing temperatures. Livestock producers in the area were bringing stock home from mountain pastures to lower elevations.

Reporters in northwestern counties noted multiple nights of below freezing temperatures officially marked the end of the growing season in the area.

Fourth cutting of alfalfa advanced last week across the State, jumping ahead of the 5-year average of 78 percent.

Statewide, emergence of the 2023 winter wheat crop was 75 percent complete, compared with last year at 73 percent and the 5-year average of 82 percent.

Corn for grain harvest continued to progress, but still fell short of the previous year at 67 percent and the 5-year average of 59 percent.