This week brought nominal precipitation to Wyoming, according to the Mountain Regional Field Office of the National Agricultural Statistics Service, USDA.

Much of the State was extremely dry last week, receiving 0.02 inches or less of precipitation; however, some counties in Southeast Wyoming did receive some much-needed moisture. Both Lincoln and Goshen counties reported dry conditions with hot days and cold nights.

This week brought average to above average temperatures to most of the State apart from Northcentral Wyoming, which was slightly below normal. Overall, daily temperatures ranged from 3 degree above normal to 2 degrees below normal. 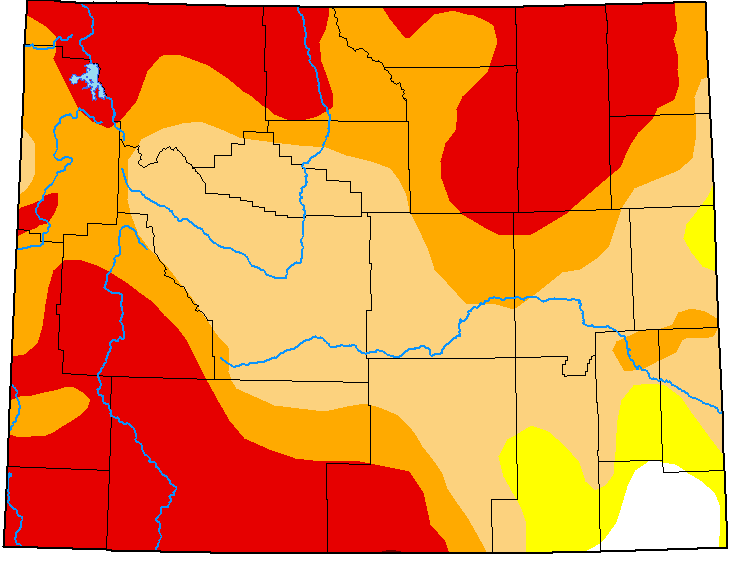 There were multiple reports of worsening conditions due to the dry weather this week. Platte county reported spotty moisture that resulted in grass regrowth. Producers in this area are baling hay from areas that are not normally hayed.

In Goshen county the dry weather has delayed dry-land winter wheat planting. Winter wheat harvest was reported at 97 percent complete. Barley harvest was reported at 65 percent complete this week, compared to 50 percent harvested this time last year. Three-quarters of dry edible beans had set pods by the end of the week, with 24 percent turning color.