(The Center Square) - President Joe Biden spoke from the White House Monday to address concerns over Omicron, a new strain of the coronavirus that shook the stock market Friday and led to a wave of travel restrictions.

The president urged Americans not to panic over the variant and said there would be no new travel restrictions.

"Sooner or later, we are going to see cases of this new variant in the United States," Biden said. "We'll have to face this new threat just as we faced those that came before it.

Biden alluded to a new federal strategy, to be released Thursday, that he says will focus on vaccinations, not lockdowns.

The speech comes after New York Gov. Kathy Hochul already declared a state of "disaster emergency" over the weekend. The White House announced precautionary travel restrictions for South Africa and seven other nations Friday because of the variant, which helped send the stock market downward.

Omnicron was discovered in recent weeks in South Africa, and there is still very little data or information about the severity of this strain. One South African doctor told Reuters that patients infected with the variant have "very mild" symptoms, including fatigue. It's too early in the new strain to know what long-term effects there will be, he added. 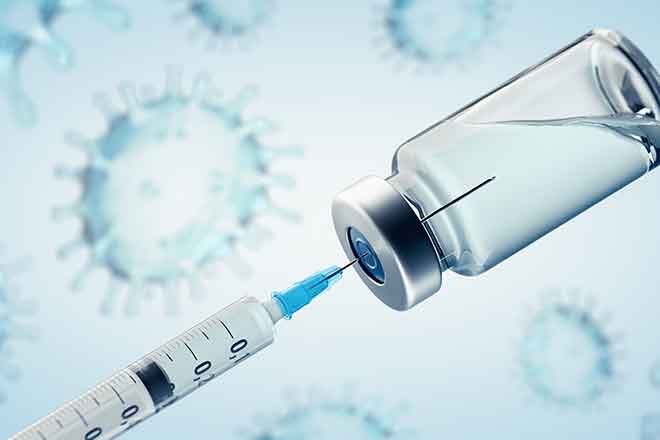 South Africa Minister of Health Joe Phaahla told media there is "absolutely no need to panic" over the new variant.

"We have been here before," Phaahla said.

Biden urged Americans to receive a vaccine or booster shot.

"I know you're tired of hearing me say this, the best protection against this new variant or any of the variants out there, the ones we've been dealing with already, is getting fully vaccinated and getting a booster shot," he said. "If you're 18 years or over and got fully vaccinated before June the 1st, go get the booster shot today."

Biden also said the U.S. would be ready to update the vaccine later, if necessary.

"In the event, hopefully unlikely, that updated vaccinations or boosters are needed to respond to this new variant, we will accelerate their development and deployment with every available tool," he said.