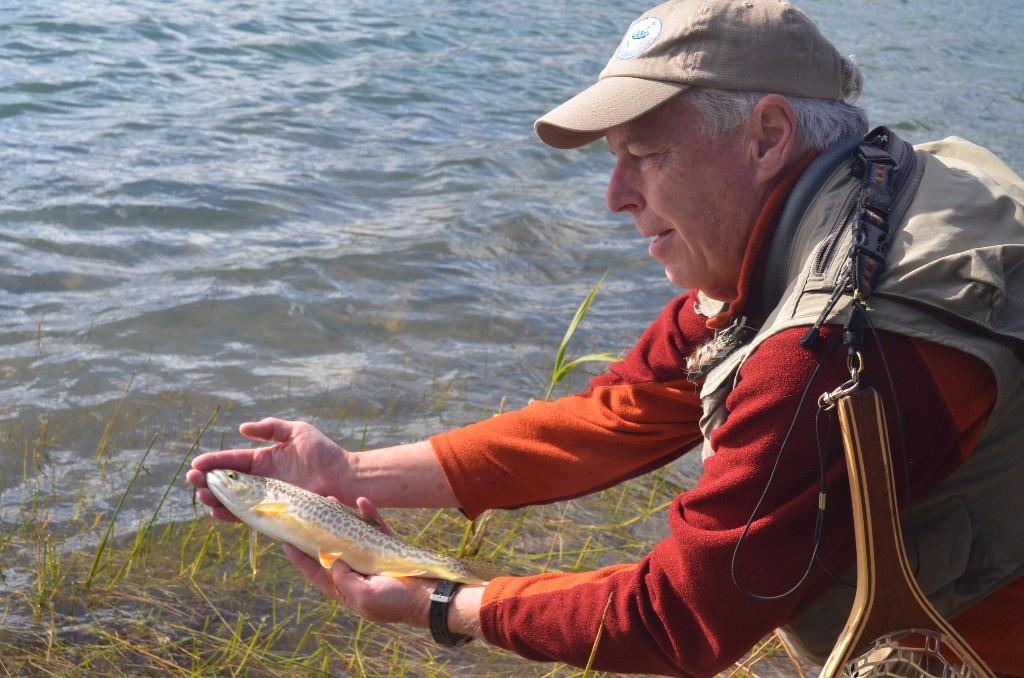 The Cerro Summit State Wildlife Area, a 162-acre parcel that includes a 40-acre reservoir, opened on Sept. 29. It's located about 15 miles east of Montrose just off U.S. Highway 50.

"This is a win-win-win for the public, the city and CPW," said Renzo DelPiccolo, area wildlife manager in Montrose. "This is a great example of what can be done by some out-of-the-box thinking."

City leaders and CPW negotiated an agreement that will protect the reservoir's water quality and keep the property in city ownership.  The reservoir is the city's emergency water supply. CPW will regulate  use at the state wildlife area, and the public will gain limited access to a property that has been closed. The agreement was signed in the fall of 2016.

No money needed to be exchanged to complete the agreement.

The new wildlife area is open for fishing, hunting and wildlife viewing. To protect water quality, dogs are not allowed on the property. All fishing is catch-and-release by artificial lures and flies only.

The reservoir was stocked last fall with fingerling tiger trout that have already grown to 12 inches.

The property is also open to big-game and small game hunting during regular seasons. Because the area provides excellent winter range for deer and elk, and Gunnison-sage grouse habitat, the property will be closed seasonally from Nov. 30 through March 31.

DelPiccolo explained that state wildlife areas are managed differently than other public lands, such as U.S. Forest Service or BLM property. The areas are paid for by revenue from the sale of hunting and fishing licenses, and the properties are managed only for wildlife conservation and wildlife-related recreation. Access to Cerro Summit State Wildlife Area is by foot only; it's an easy half-mile walk to the reservoir.

"At Cerro Summit we're protecting important wildlife habitat and providing an opportunity for people to hunt, fish and view wildlife in a beautiful setting," DelPiccolo said.

An entry sign is posted on the north side of U.S. Highway 50 at the entry that leads to the parking lot. The trail to the wildlife area is well marked. Visitors are asked to be sure to read the regulation signs before entering.

Photo: Joel Evans, an outdoor writer and angler from Montrose, holds the first tiger trout caught at the new Cerro Summit State Wildlife Area located east of Montrose. He caught the fish September 29. Fishing at the area is catch-and-release only. Courtesy CPW