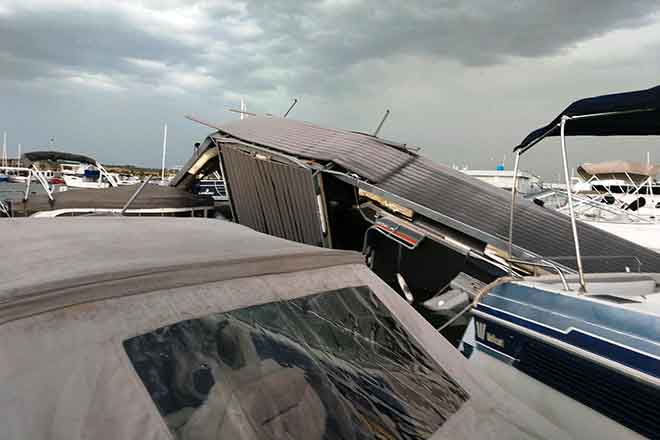 A severe windstorm caused widespread damage to docks and boats at the North Shore Marina at Lake Pueblo State Park on Saturday prompting Colorado Parks and Wildlife to evacuate the marina and close it indefinitely. 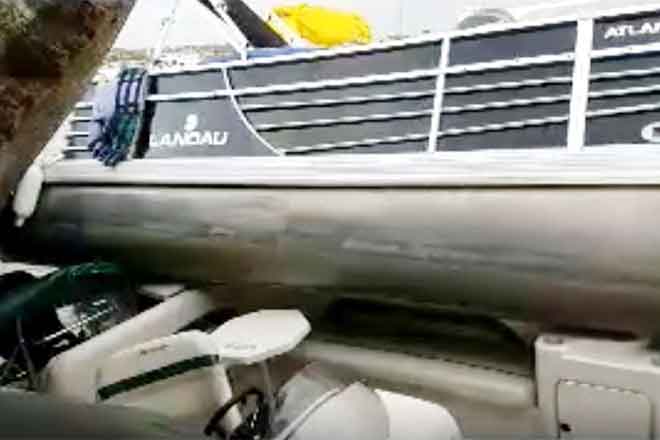 Park Manager Monique Mullis said the marina is dangerous and off-limits, both from the shore and from the water, to the public after evening storms twisted the docks and tossed boats up against each other.

"The main dock was pushed up and crumpled by the winds and waves," Mullis said. "You can't even reach the rest of the docks. It's very unsafe. We can't allow people into the marina at this point."

CPW and marina staff will reassess the marina in the morning. The South Marina only suffered minor damage and will be conducting business as usual on Sunday.

The North Shore Marina was opened in 1976 and features more than 600 boat slips for rent as well as a store, restaurant and gas pumps operated by a private concessionaire.

While the marina is closed, the North Ramp will be open for normal boat launching and loading at 5 a.m. on Sunday and boats will be inspected for Aquatic Nuisance Species (ANS), such as harmful invasive zebra and quagga mussels. Inspections for ANS take place daily 5 a.m. to midnight. 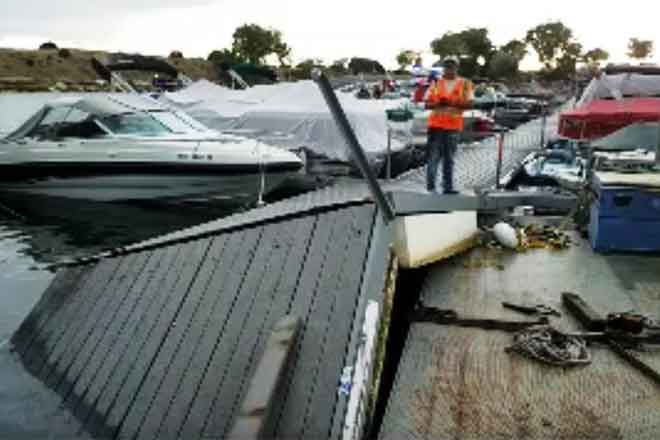 Lake Pueblo is the most-visited state park in Colorado, typically attracting 2.4 million visitors each year to sail, motor-boat, water ski, river tube and fish on its 5,400 surface acres of water and along its 60 miles of shoreline.

Besides the two full-service, privately-owned marinas, the park also offers 400 camping sites to go with miles of trails, bird watching, a visitor's center and fish hatchery.