Employers in Colorado added 9,500 nonfarm payroll jobs from March to April for a total of 2,765,200 jobs, according to the survey of business establishments. Private sector payroll jobs increased 8,300 and government increased 1,200. March estimates were revised up to 2,755,700, and the over the month change from February to March was an increase of 6,500 rather than the originally estimated increase of 6,100. 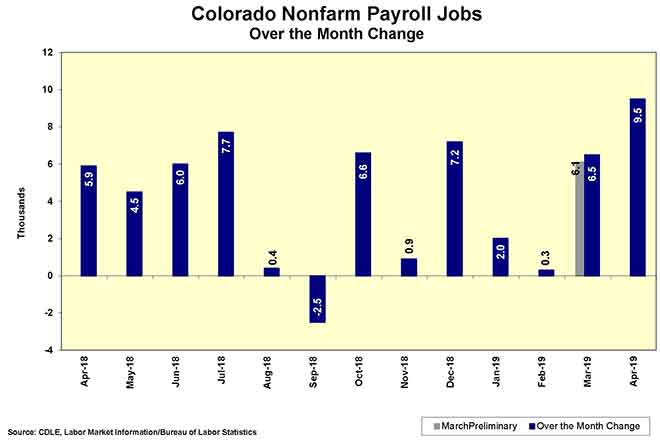 Over the year, the average workweek for all employees on private nonfarm payrolls decreased from 33.9 to 32.6 hours and average hourly earnings increased from $28.79 to $30.34.

How did mask wearing become so...

EarthTalk – Can mine tailings help...