(The Center Square) - Denver International Airport (DIA) is no longer requiring passengers to wear facial coverings after a federal judge struck down the federal mask mandate for public transportation Monday.

The airport said in a tweet that it was "informed by the [Transportation Security Administration] that they will no longer be enforcing the mandate at airports."

"As a result, masks are no longer required at DEN and we will be removing mask signage (which might take a bit of time)," the airport added. 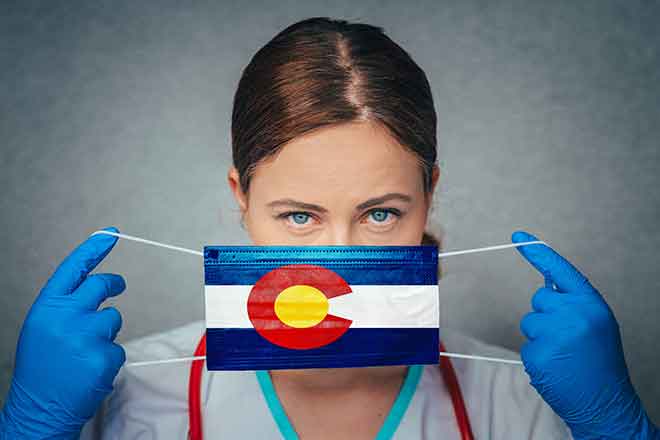 DIA noted in another tweet that mask requirements "could vary by airline or destination, so we still encourage passengers to carry a mask when traveling."

The Centers for Disease Control and Prevention (CDC) initially imposed the federal mask mandate on planes, trains, and airports in January 2021 in response to high case levels of COVID-19. Last week, the CDC extended the transportation mask mandate until May 3, citing rising COVID-19 cases nationwide.

U.S. District Judge Kathryn Kimball Mizelle on Monday ruled that the order is "unlawful" and is an example of the CDC overstepping its authority.

"The mandate exceeded the CDC's statutory authority, improperly invoked the good cause exception to notice and comment rulemaking, and failed to adequately explain its decisions," Mizelle wrote in the 59-page decision.

It is unclear whether the U.S. Justice Department will appeal the ruling.

DIA was recently ranked the world's third busiest airport, welcoming more than 58 million passengers last year, a drop of 15% when compared to 2019, according to data released last week.

"Despite the challenges, [Denver International Airport] has shown resiliency through the pandemic and has proven why Denver is such an important hub for our airline partners," DIA CEO Phil Washington said in a statement. "As we continue to recover from the pandemic, we remain committed to working collaboratively with our airlines to expand [Denver International Airport]'s air service network providing even more travel options to and from Denver."