EarthTalk – Do wild animals have any rights under the law?

Do wild animals have any rights under the law in the U.S. (or other countries) the way human citizens do?

Winnie the Pooh said it best: "Some people talk to animals. Not many listen though. That's the problem." While attention to animal rights has increased over the past few decades, animals are still largely underrepresented and unprotected under the law. Most laws that protect animals do not recognize their "sentience"--the capacity to feel and perceive, and show awareness--but rather protect them as property.

If a living thing can hear, see, touch, smell, or communicate, it is considered to be sentient. But whether that applies to all animals depends on who you ask. Aside from our pets, animals are almost exclusively considered not to be sentient in the court system or under U.S. law. In a court, an inanimate company or corporation has rights and privileges ("corporate personhood"), but a living, breathing creature does not. 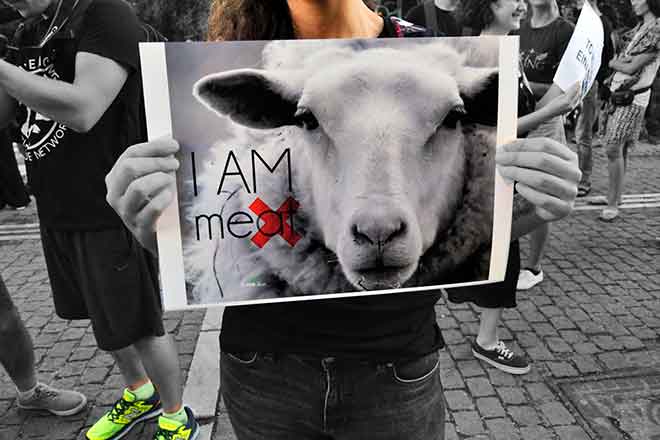 Even though they can feel pain and show awareness of their situation, animals are still considered the property of their human owner or the land manager where they roam in the eyes of the law. Credit: Elias Tsolis, FlickrCC.

Progress for animal rights under the law has been slow moving. In the U.S., the movement for animal rights began in 1866 when Henry Bergh founded the American Society for the Prevention of Cruelty to Animals (ASPCA). The New York State legislature authorized the organization to investigate cases of animal cruelty in the state and make arrests. By 1888, almost every state had joined New York and passed laws against animal cruelty.

The first federal animal rights laws in the U.S. were the "28 Hour Law" of 1873, the Lacey Act of 1900, and the Animal Welfare Act of 1966. The first two regulated animal transport and banned illegal wildlife trafficking. The Animal Welfare Act (AWA) was created to regulate the research, transport, exhibition and dealing of animals in the U.S., but farm animals in agricultural laboratories are excluded from protections under the AWA. The AWA is still considered the minimum standard for acceptability today.

Another federal law for animal rights was the Humane Slaughter Act first passed in 1958 and then amended in 1978. While chickens, turkeys and other birds feel pain as any other animal, they are excluded from protections from this law. The most recent federal law that has passed has been the PACT (Preventing Animal Cruelty and Torture) Act of 2019 which makes crushing, burning, suffocating, impaling and sexually exploiting animals a federal crime.

Globally, animal protection and rights laws vary widely. European countries along with Australia and New Zealand have the strongest animal rights laws because they formally recognize non-human animal sentience. Countries with no official recognition of animal sentience or suffering are ranked lowest for their animal rights, such as Russia and a number of East African countries.