EarthTalk – What is climate gentrification and where is it happening

What is climate gentrification and where is it happening?

The already-classic case is in Florida's Miami-Dade County, where climate-related flooding and sea level rises are driving wealthy homeowners away from once pricey beach-front property and into the higher elevations surrounding areas like Little Haiti, Liberty City and Allapattah that have traditionally been home to struggling minority families. The result is greater density and higher home prices and rents in these recently poor neighborhoods. Meanwhile the locals move out, complaining that the transition is forcing them out of their beloved homes while sapping once vibrant cultural identities. 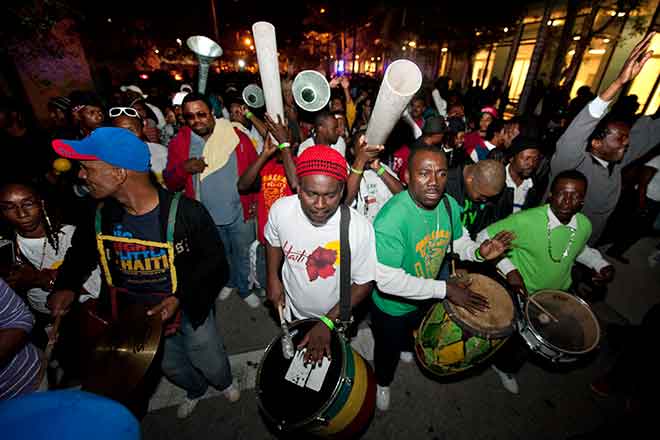 Will the culture of communities like Little Haiti on the slightly elevated outskirts of Miami change for the worse as a result of "climate gentrification"? Credit: Knight Foundation, FlickrCC

A recently released Harvard study of real estate values by elevation in the Miami area over the last five decades found that while home prices were rising in most parts of the 2,400-square-mile county, areas at higher elevations were experiencing larger increases. Properties located 2-4 meters above sea level rose 11.5x in value on average over the 1971-2017 study period, while those located at or within one meter of sea level rose 8x on average. Current climate projections of Florida's coastline in a warming world show that areas less than a foot above sea level will be underwater within another 50 years.

The Harvard study put the concept of climate gentrification in the public eye for the first time, but we can see examples of it just about everywhere. "In California, wildfires are becoming more common and forcing people to move, in some cases because their homes were destroyed, and in others because the threat of fire makes it difficult to get insurance or a mortgage," reports Aparna Nathan of Harvard's Science in The News blog. "Los Angeles, in particular, may see an influx of people from the coast (as sea levels rise) and further inland (as fires rage) into its traditionally working-class Eastside neighborhoods."

Another area where climate gentrification has become a problem is Arizona, where people are moving from the overheated Phoenix area to the cooler, higher elevation areas of northern Arizona. According to Nathan, this trend is disrupting communities and the real estate market, and widening socioeconomic gaps in the process. Jesse Keenan, lead author on the Harvard study, concurs, telling Bloomberg News that the situation in Miami "evokes matters of equity and justice that have very limited historical precedent."

Now that the issue is coming to the fore, environmental justice advocates hope that municipal planners and government officials start taking climate gentrification into account when developing master plans and drafting new zoning ordinances to make sure that even poor people have safe places to live in the face of increasing environmental torment. But as Nathan points outs, housing is just one example of an overarching theme: "as the climate changes, it will be easier for those with more resources to adapt."