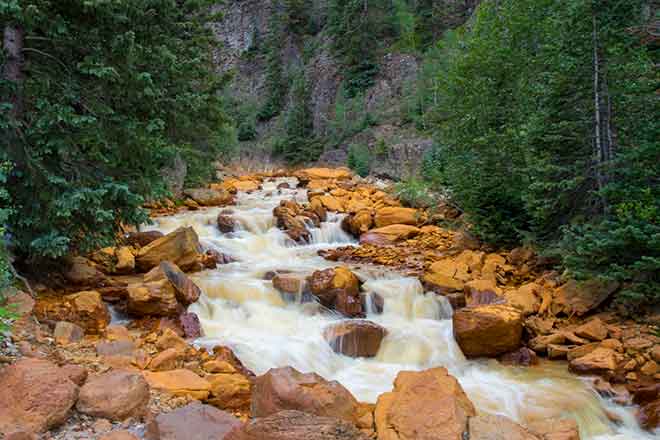 The ballot measure passed 51 to 48.6 percent, almost a 44,000 vote margin, according to unofficial results.

Proposition DD legalizes sports betting in the state and taxes proceeds at 10 percent. That revenue goes into a fund for water projects in the state, with estimates up to $29 million raised annually once the sports gambling market matures.

The measure was referred to the ballot through House Bill 1327, which passed with bipartisan support on the last day of the legislative session.

A coalition of groups said in a statement that tax revenue from sports betting "will create a dedicated down payment to help ensure that Colorado has healthy rivers and enough water for all." The coalition includes Conservation Colorado, Western Resource Advocates, Business for Water Stewardship, and the Colorado Water Trust, among others.

The coalition said despite the water fund needing the revenue provided by Proposition DD, more funding will be needed over the next decades, a $100 million funding gap.

"Proposition DD will help generate a much-needed revenue stream to improve wildlife habitat, protect our agricultural heritage and the open spaces that come with it, and strengthen our economy," the coalition said. "But the plan estimates the total need to be $100 million a year for the next 30 years, and we must keep working to ensure Colorado fully funds our water future."

The Environmental Defense Fund, part of the coalition, said passage of the ballot measure is "an impactful down payment to fill" the plan's funding gap.

The ballot measure had bipartisan support from Colorado lawmakers.

A group of Republican lawmakers outlined their support for the measure in an op-ed, arguing, "It addresses core challenges like the need for water infrastructure with targeted approaches that do not increase taxes on the general public."

One key Republican, state Sen. Jerry Sonnenberg, however, came out in opposition to the measure the week before the election, saying he had concerns about unanswered questions and transparency surrounding the proposal.