Finally! A lasting warmup is on the way for parts of US 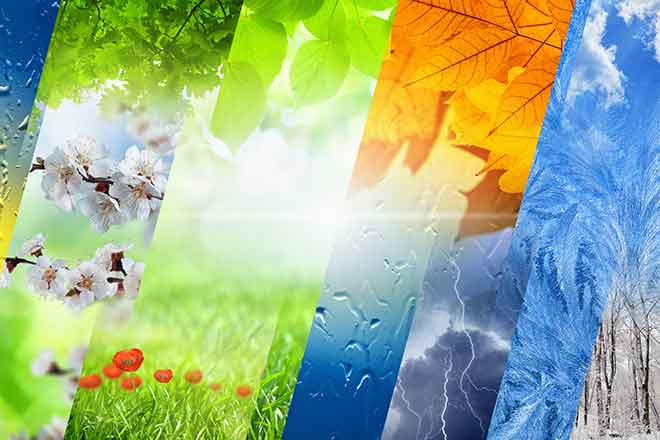 AccuWeather meteorologists say that those hoping for an extended stretch of warm weather, especially Americans sick of one-day teases of spring warmth of late, should be happy as a change in the weather pattern will allow more lasting warmth to build over the central United States this weekend. The warmth will then expand into much of the East next week.

"After some recent hints of spring -- and another shot of cold air predicted for this weekend in the Northeast -- it's nice to finally forecast a string of days of much warmer spring weather for next week for folks from the Midwest to the East," AccuWeather Senior Meteorologist and Radio Broadcaster Dean DeVore exclaimed.

The seeds of the warmth will be planted over parts of the Plains and southern Canada Prairies Friday into early next week. Temperatures are forecast to surge across these regions. In some cases, record highs dating back to the early 1900s may be challenged. 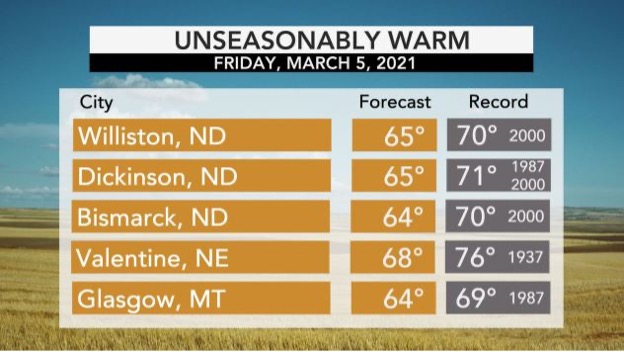 "Even though many records may remain intact, temperatures are expected to range from 15-30 degrees Fahrenheit above normal," AccuWeather Senior Meteorologist Brett Anderson said.

Average high temperatures during the first week of March range from the middle 20s F (3 to 5 below zero C) across the southern tier of Canada to the middle 40s F over western South Dakota.

For example, in Bismarck, North Dakota, highs are projected to be 60 or higher each day from Friday through Monday. Likewise, Chicago is forecast to have high temperatures in the 60s for three consecutive days from Monday to Wednesday.

Even in International Falls, Minnesota, where the temperature dipped to a brutal 42 below zero on Feb. 13, temperatures are forecast to reach 50 degrees for a day or two next week. 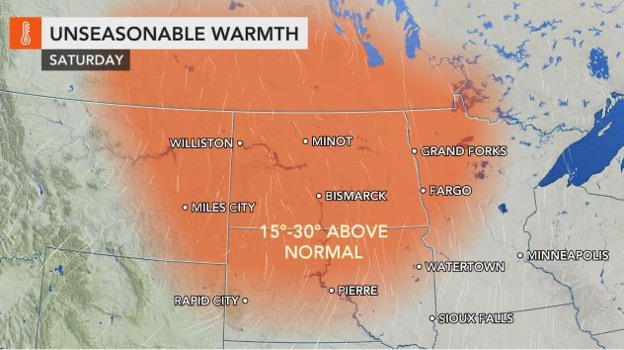 And, the warmth is forecast to expand through the Great Lakes and Ohio Valley and all the way to the Atlantic coast as the week progresses.

Following a chilly weekend in the Northeast, the wave of warmth will begin in earnest on Monday, then warmth will swell during the middle of the week.

"Once again, while temperatures are likely to stop short of record levels in most locations of the Midwest and Northeast, most days, temperatures are expected to average at least 10-20 degrees above normal," Anderson said.

During the second week of March, normal highs range from the lower 30s in the northern parts of Maine and Michigan to near 60 in Kentucky and southeastern Virginia. 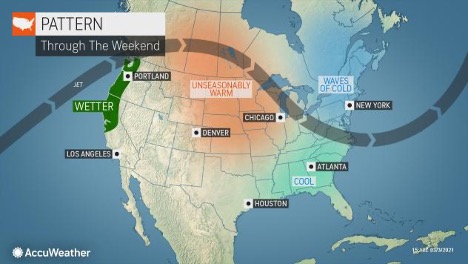 It is possible temperatures may even exceed that prediction, especially where the snow totally melts and the ground has a chance to dry out.

In addition, the gradual meltdown will not only be beneficial to warming the weather up -- it could also prevent other weather dangers from unfolding.

"This sort of gradual meltdown without rain and with a drying process in most areas is just what the doctor ordered to reduce the risk of spring flooding," he added.

At present, highs are forecast to climb within a few degrees of 60 in New York City from Tuesday to Friday next week and climb well into the 60s during the same timeframe in Washington, D.C. Even Boston can expect highs in the 50s from Wednesday to Friday.

Temperatures may flirt with 70 or higher in portions of Kentucky, Tennessee, West Virginia and Virginia for a day or two next week. 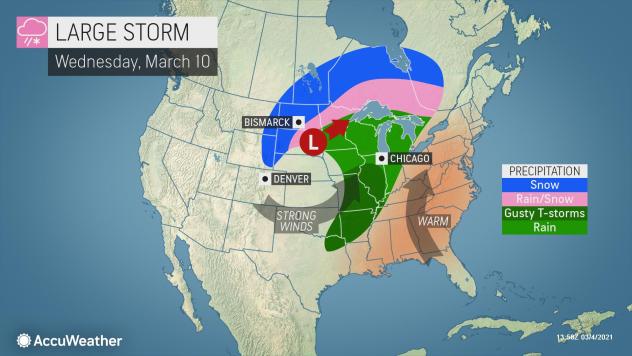 That front could spark severe weather in the Midwest and bring showers to the Northeast. In lieu of violent thunderstorms, winds during the transition could be quite strong and troublesome.