The Four Main Types of Access Control for Businesses 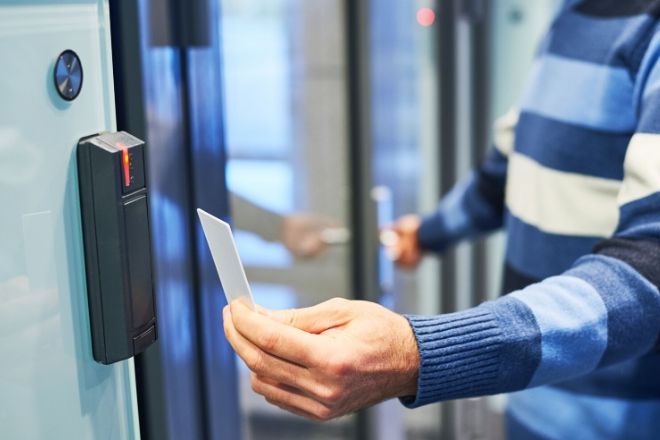 Mandatory access control is widely considered the most restrictive access control model in existence. This type of access control allows only the system's owner to control and manage access based on the settings laid out by the system's programmed parameters. Such parameters can't be altered or bypassed. The end user doesn't have control over any of the permissions or privileges. They can only access points that the system owners allow them to access. Because of its high level of restriction, MAC is usually used for facilities or organizations that require maximum security, such as government facilities.

Also known as nondiscretionary access control, role-based access control provides access based on an individual's position in an organization. In these systems, predefined roles are associated with specific permissions. They allow the administrator to assign an individual only the amount of access required for them to do their job. Because of its simplicity, this type of access control is one of the most popular forms used in businesses. However, RBAC does have some drawbacks. For example, RBAC can't grant one-time permissions when an exception to the standardized permissions is necessary.

Discretionary access control is the least restrictive type of access control. Under this system, individuals are granted complete control over any objects they own and any programs associated with such objects. The individuals can then determine who has access to their objects by programming security level settings for other users.

The last of the four main types of access control for businesses is rule-based access control. This system assigns or denies access to users based on a set of dynamic rules and limitations defined by the owner or system administrator. Such rules may limit access based on a number of unique situations, such as the individual's location, the time of day, or the device being used. The ability to customize rules and permissions makes RBAC an ideal form of access control for businesses that require a dynamic security solution.