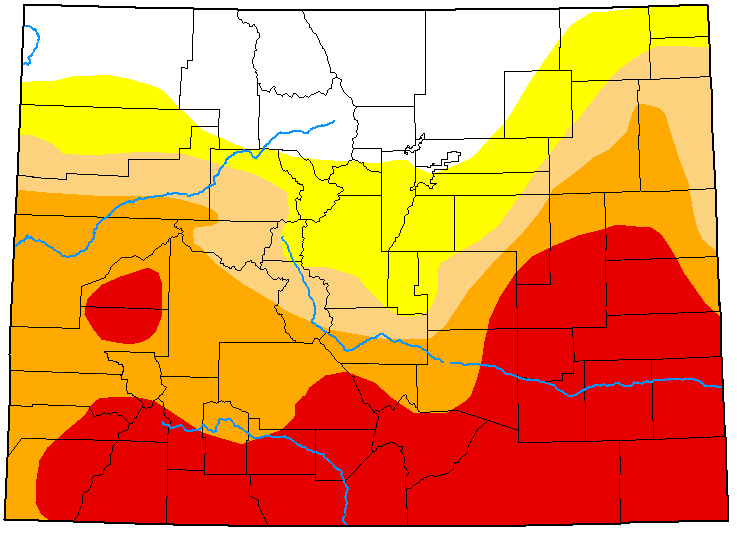 Colorado's Drought Task Force - which includes leadership from the Departments of Agriculture, Natural Resources, Local Affairs, Public Safety, and the Colorado Water Conservation Board - determined the need to activate Phase 2 of the Drought Plan on June 18 after a third of the state reached extreme drought conditions. "Phase 2" indicates officially directing the Drought Task Force to assess initial damages and impacts of drought in areas experiencing severe or extreme drought and to recommend mitigation measures. This Phase also activates the Agricultural Impact Task Force, which will conduct an initial assessment on physical and economic impacts and recommend opportunities for incident mitigation.