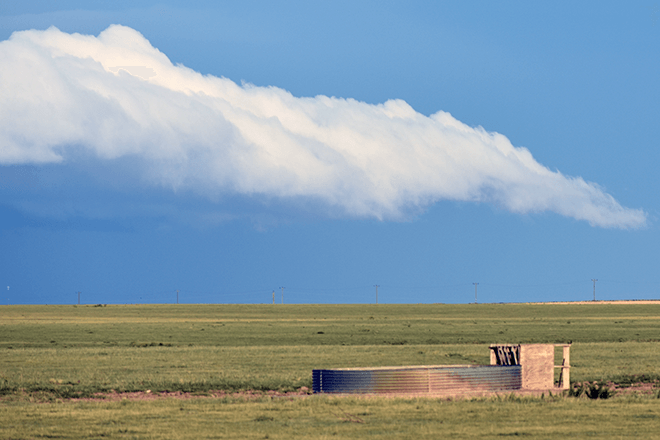 The Trump administration has announced reforms to the Endangered Species Act Monday that it says will "increase transparency and effectiveness" in the law's implementation.

One of the reforms removes a blanket rule which treats protections for threatened species the same as endangered species. It will also require the same standards be used when officials consider delisting or reclassifying species.

Another change will require that "areas where threatened or endangered species are present at the time of listing be evaluated first before unoccupied areas are considered," which the administration says will reduce the regulatory burden on land owners.

"The best way to uphold the Endangered Species Act is to do everything we can to ensure it remains effective in achieving its ultimate goal--recovery of our rarest species. The Act's effectiveness rests on clear, consistent and efficient implementation," U.S. Interior Secretary David Bernhardt said in a statement. "An effectively administered Act ensures more resources can go where they will do the most good: on-the-ground conservation."

The Environment Research Center (PERC), a Bozeman, Montana-based think tank, says that the ESA has been effective at preventing species from going extinct, but not as successful when it comes to species recovery.

The reforms will help in efforts to recover species, the organization, which uses market-based approaches to conservation and environmental issues, PERC said in a statement Monday.

"These essential tweaks to the Endangered Species Act promise to make the law more effective and results-driven in the 21st century," said PERC Executive Director Brian Yablonski. "It represents a win for all of us devoted to recovering species and a win for states and landowners who now have an opportunity to be more innovative and creative in their role as habitat protectors."

The groups says that lifting the regulations will help "encourage states and landowners to recover [threatened species] before they reach endangered status."

Kathleen Sgamma, president of the Western Energy Alliance, said the current regulations of the EAS "hinders landowners and companies from effectively protecting and recovering species." 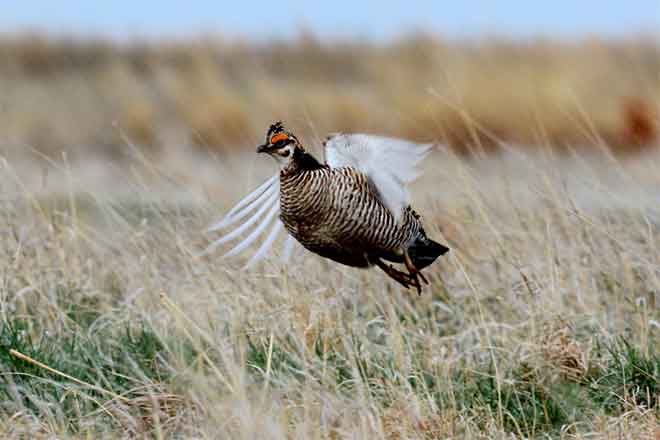 A male lesser prairie chicken flies above a lek, or breeding ground, in western Kansas. Colorado Parks and Wildlife terrestrial biologists last week completed a month of capturing and relocating hundreds of the endangered birds to grasslands in Southeast Colorado. This is the last of a four-year effort to re-establish the colorful birds on their native sand sagebrush and grasslands in Colorado. Courtesy CPW / Bill Vogrin.

"For far too long, the Act has been weaponized to stop the production of food, fuel and fiber that Americans need every day while turning a blind eye to how red tape actually inhibits the recovery of species," Sgamma said. "This Administration has the fortitude to move forward with common-sense rules that follow the law while improving species protection, despite the hyperbolic rhetoric."

Other environmental groups roundly criticized the reforms as weakening the ESA. 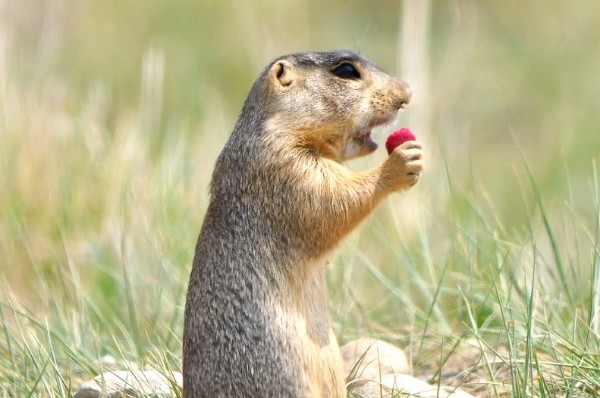 "Undermining this popular and successful law is a major step in the wrong direction as we face the increasing challenges of climate change and its effects on wildlife," said Lena Moffitt, senior director of the Our Wild America Campaign, Sierra Club. "The Endangered Species Act works; our communities-- both natural and human -- have reaped the benefits. This safety net must be preserved."

"It is particularly egregious that the Trump Administration is steamrolling through unpopular rules issued by an Interior Secretary embroiled in at least 17 scandals," Endangered Species Coalition Executive Director Leda Huta said in a statement. "Losing our biodiversity isn't something that any American can afford. We don't live in an enclosed man-made bubble -- our health and safety, the health and safety of our children and grandchildren, our access to clean air and water, actually depends on biodiversity."

Yablonski added: "Our interest is getting this landmark wildlife protection law to work better. That means fostering conditions so landowners become more enthusiastic in their role as stewards for species recovery, not worried if they find an endangered species on their land. States and landowners will respond better to carrots, not clubs, in our efforts to improve species recovery results."