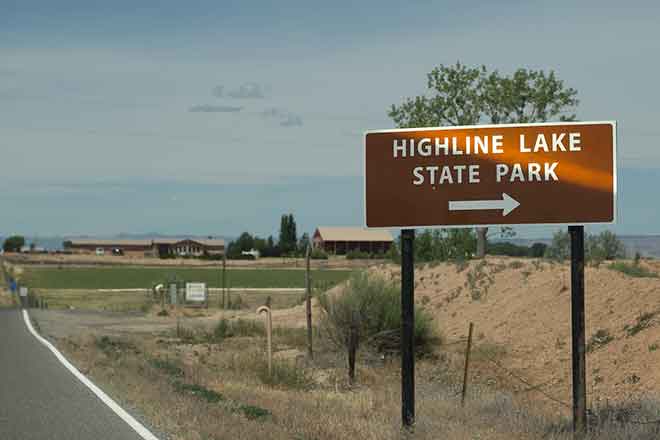 "Northern pike are a voracious predator that cannot be managed in Mack Mesa," explained Ben Felt, CPW's aquatic biologist for the Grand Junction area. "Pike will quickly decimate other fish in the lake, including trout, black crappie, largemouth bass, bluegill, and channel catfish reared and stocked through CPW's hatchery system." 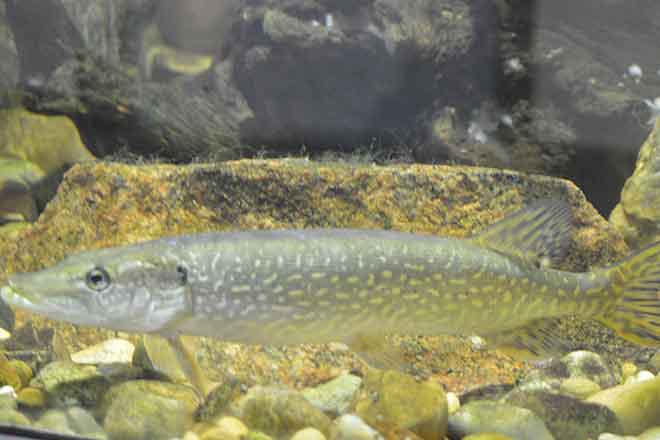 Anglers first reported catching a northern pike last fall and CPW immediately sampled the lake to get an understanding of the situation. Adult pike were removed through fish sampling in the fall. Biologists and park managers were hopeful that these sampling efforts would remove all pike, however additional fish were found during ice off - the time of year when northern pike typically spawn. It is unknown how pike got into Mack Mesa Lake but staff suspects that they were illegally transported and released by someone trying to selfishly create a place to catch their own favorite fish.

"Movement and stocking of fish into Colorado waters by private individuals without CPW approval is against the law," said Area Wildlife Manager Kirk Oldham. "In addition, CPW does not stock northern pike  in  western Colorado waters because the species is a significant threat to native fish that are found only in the Colorado River basin."

"As the lake is drained, efforts will be made to capture the allowable fish that remain in Mack Mesa and transfer those fish to neighboring Highline Lake for the benefit of anglers," added Felt. "Any northern pike will be removed."

Once all fish are removed, Mack Mesa Lake will be refilled and restocked with trout, largemouth bass, black crappie, bluegill, and channel catfish.

"We hope to get ahold of some large brood fish to make sure that Mack Mesa will be immediately fishable by anglers in May," said Highline Lake State Park Manager Alan Martinez. "This disruption for anglers is unfortunate and we hope anyone who loves Mack Mesa will help us keep an eye out for anyone who might illegally move fish here or anywhere else."

Park staff and wildlife managers discussed the possibility of closing Mack Mesa Lake to public access and considered alternative fish removal techniques but those measures were discounted for multiple reasons, including being too punitive to the many responsible anglers that enjoy the lake. Future incidents could result in closure of the lake to fishing or the suspension of stocking of any fish in Mack Mesa.

"This is an unfortunate situation, and one that CPW would prefer not to be in," said Northwest Region Senior Aquatic Biologist Lori Martin. Martin also expressed frustration that these efforts take away staff time and resources from other important projects that could benefit all anglers on the Western Slope.

Anyone with information about illegal fish stocking is encouraged to contact Colorado Parks and Wildlife's Grand Junction office at 970-255-6100. Park visitors are asked to take note of any suspicious activity, including descriptions of people and vehicle license numbers. Tipsters who wish to remain anonymous can provide information through the Operation Gamethief program by calling 877-265-6648 or by emailing game.thief@state.co.us.