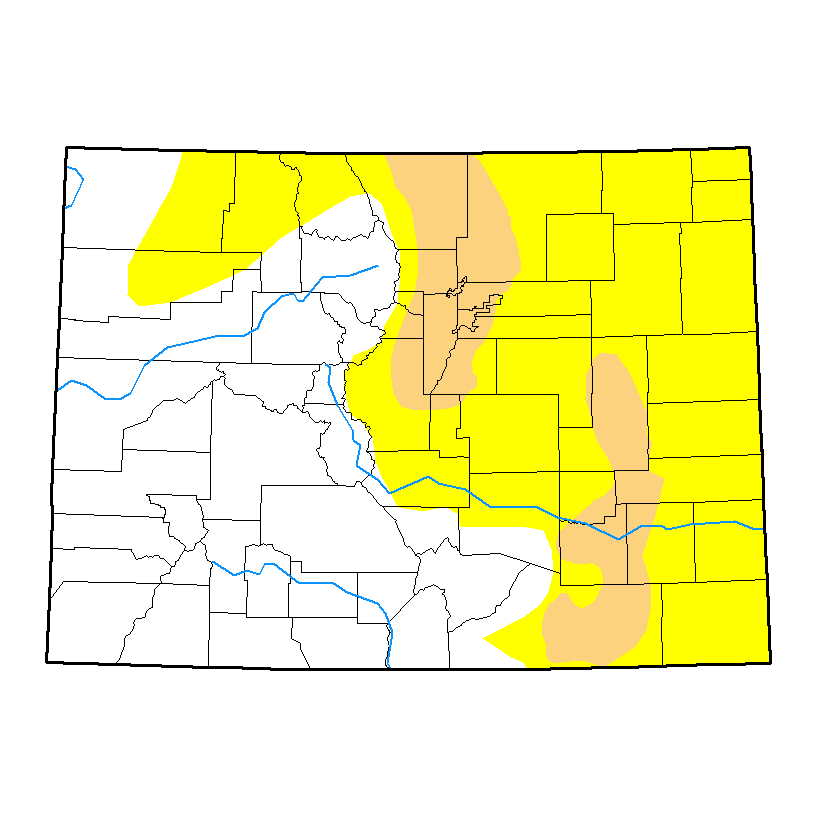 Most of the remainder of eastern Colorado is considered abnormally dry, however southern Pueblo, all of Huerfano and portions of eastern Las Animas Counties are showing drought-free conditions.

Abnormally dry conditions have expanded into northwest Colorado counties, including much of Jackson and Routt Counties and eastern Rio Blanco and Moffat Counties.

Periods of rain - along with snow for mountain areas, will continue Friday and are expected to return during the coming week.