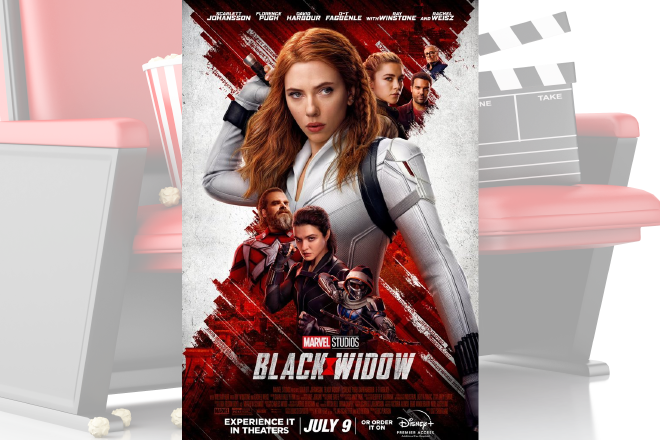 After more than two years, the Marvel Cinematic Universe is back on the big screen! Due to the pandemic, the MCU's poor fans have had to spend the last six months sustaining themselves merely on the three streaming series that have brought the entire medium to new heights. But now it's time to start blowing up the box office again. A mere two weeks after 2021 delivered its biggest hit yet with "F9: The Fast Saga," the bar is being raised once again by arguably the biggest franchise in cinematic history. The film's $87 million domestic haul this past weekend is certainly a boon to the box office. But I anticipate those numbers dropping off pretty quickly because this is not one of the MCU's better installments.

The MCU, for all its success, has had some noticeable insecurities in recent years when it comes to its female characters. Rival comic book franchise the DCEU got "Wonder Woman" to theaters in 2017, and the MCU has been desperately trying to play catch-up ever since. First there was the way they bragged about giving The Wasp top billing (alongside male superhero Ant-Man) in a 2018 film. Then there was the female-led "Captain Marvel" in 2019, which was probably the boldest step in the process, but still didn't impress audiences the way they hoped. That pan across the franchise's female heroes in "Avengers: Endgame" was a pathetic cry for approval. And now we're getting an unwarranted Black Widow movie even though the character has already been written out of the franchise.

The film takes place in 2016, between "Captain America: Civil War," but before "Avengers: Infinity War." Natasha Romanoff aka Black Widow (Scarlett Johansson) is on the run from government forces led by Gen. Thaddeus Ross (William Hurt) when she's sent a mysterious item by her former "sister" Yelena Belova (Florence Pugh). The two aren't really sisters, but they posed as sisters while they were stationed as Russian sleeper agents in the 90's. They and "parents" Alexei (David Harbour) and Melina (Rachel Weisz) formed something close to a real family before the girls were taken away by Gen. Dreykov (Ray Winstone) for long stints in assassin training. Now the time has come to shut down Dreykov's operation once and for all, but it will require getting the "family" back together even though they all hate each other and were never a real family anyway.

The good news is that Pugh, Harbour, and Weisz are all great in this movie. It's a lock that Black Widow herself will go on to the Infinity War, but the fates of the other three aren't so certain, so we can get caught up in their stakes. On top of that, the actors have good chemistry and their jokes hit at a good ratio. The bad news is that since Black Widow has been raised to be a killing machine, the character and the movie as a whole are noticeable robotic.

"Black Widow" wants to give its main character notes other than "heroic assassin haunted by her dark past," but it never manages to make her more interesting than that. The characters here are more grounded than in the rest of the MCU, so the action sequences, while fine, aren't unique or memorable. And I'm sorry, but the backtracking in chronology is a constant reminder that Marvel didn't see a need to give us a well-considered Black Widow movie at the appropriate time (and the one-year delay didn't help). This movie isn't going to turn anybody away from the MCU, but the franchise has, and hopefully will continue to have, many better entries.

"Black Widow" is playing in theaters and available for streaming on Disney+. The film is rated PG-13 for intense sequences of violence/action, some language and thematic material. Its running time is 133 minutes.