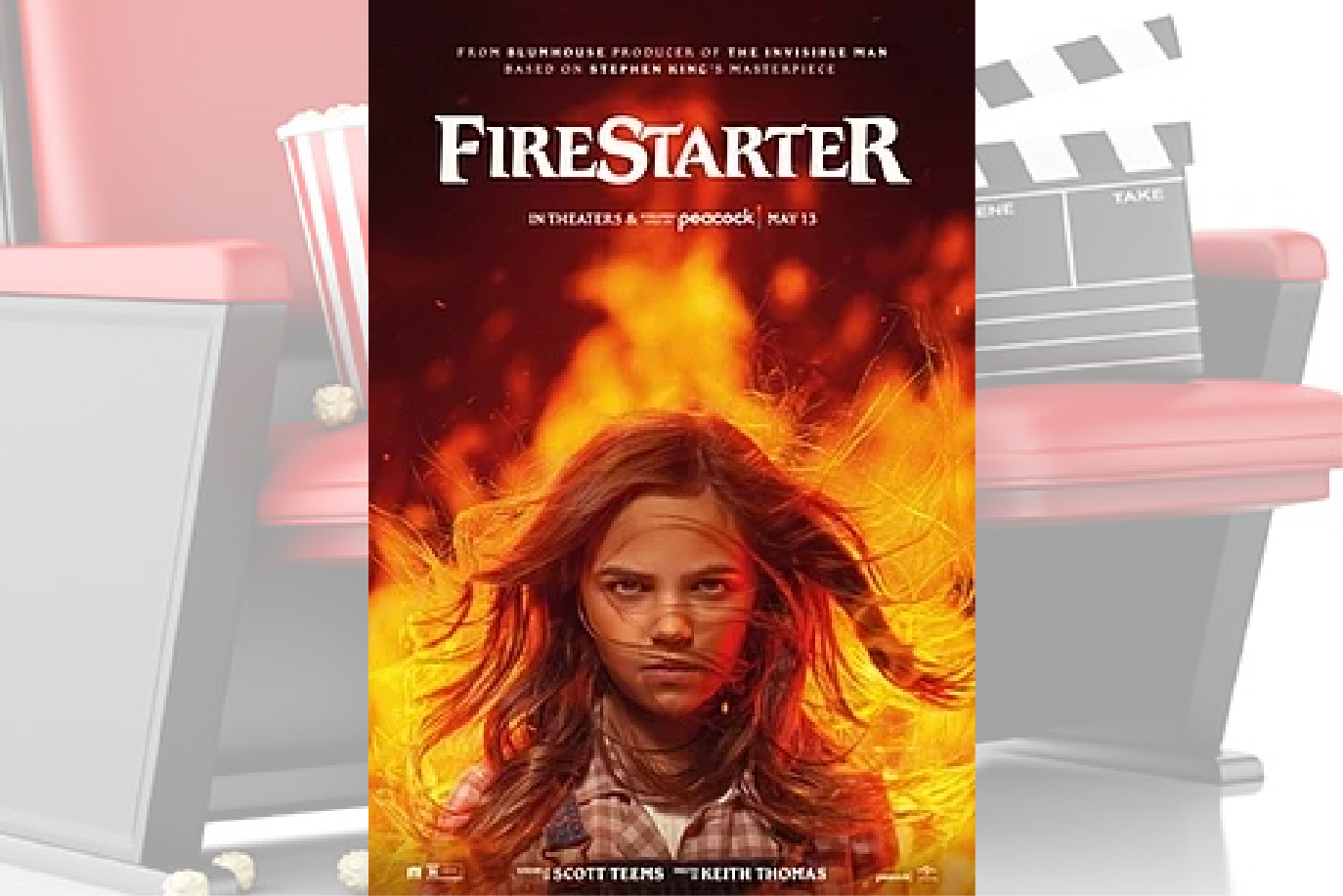 It's the week after a big blockbuster in "Doctor Strange in the Multiverse of Madness," and you know what that means: I'm going to review a movie that got absolutely stomped at the box office. There can be respectable runners-up in busy holiday seasons, but very rarely does something worthwhile open right after that first-weekend-in-May extravaganza, especially when the MCU is involved. Make no mistake, Universal sent this movie out to die, its only audience comprised of people who "have" to see a movie every week (people like me, come to think of it). And being sent out to die is exactly the kind of release this movie deserves.

The film is based on a Stephen King novel about a girl with telekinetic powers that can cause deadly destruction when emotionally triggered. Not "Carrie," a different one, though I can't help but think that giving the main character a name that's about two letters off isn't going to make it seem less derivative. 11-year-old Charlie (Ryan Kiera Armstrong) can start fires with her mind whenever she wants, and sometimes when she doesn't want. It's basically the opposite problem as the main character from a certain kids' movie, and yes, I did sarcastically sing "Let It Go" a few times while watching this garbage.

The adults in Charlie's life don't know what to do with her. Her father Andy (Zac Efron), who himself has some limited powers of mind control, wants her to suppress her power. Her mother Vicky (Sydney Lemmon) wants her to learn to use it responsibly. Shady corporate type Hollister (Gloria Reuben) wants to weaponize her. Dr. Wanless (Kurtwood Smith) wants to kill her because she's just too dangerous. All things considered, I think I agreed with Wanless the most. Are you happy movie? You convinced me that it's best if the little girl dies.

Hollister sends assassin Rainbird (Michael Greyeyes) to abduct Charlie, with the parents' lives as a "secondary concern." Soon Charlie and Andy are on the run, with Andy quickly realizing that suppression isn't going to be an option anymore. They hitch a ride with reluctant farmer Irv (John Beasley) in a sequence that is supposed to be heartwarming, but really just makes me wonder why Andy used his mind control powers to get Irv to give them a ride instead of getting him to give them his truck. The whole thing ends in a top-secret facility where Charlie gleams completely the wrong lesson from an earlier story from a story Andy told her earlier about taking lives.

Among the many, many things wrong with this movie is that the fires Charlie starts just aren't scary. Explosions are one thing, but fires poofing into existence don't have the same impact. It's why I was so disappointed with that 2018 "Halloween" update when Jamie Lee Curtis chose to burn her house down instead of blowing it up. The fires in this movie do leave burns that are grotesque, but the makeup is so unconvincing that I doubt they'll register as traumatic.

It's hard to think of anything positive to say about "Firestarter," from the acting to the script to the action to the movie's need to exist. Ooh, I liked the score, with contributions from original "Halloween" director/composer John Carpenter. But this movie is terrible on pretty much every other level. If you really want to see it, it's playing in theaters and streaming on Peacock. But it certainly isn't worth your money, and even if you consider streaming "free," it's still not worth your time.

"Firestarter" is rated R for violent content. Its running time is 94 minutes.

Colorado Parks turns over operation of...