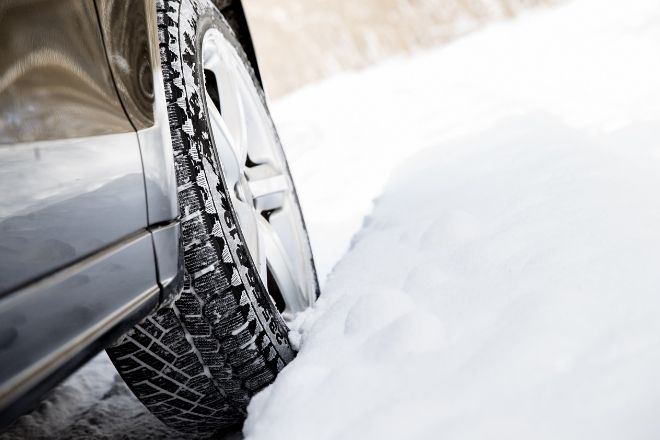 Driving during the coldest season of the year poses several safety risks--from slippery, icy roads to dying batteries that leave you stranded in the snow. To avoid getting into a dangerous situation, you'll need to take extra measures to reduce the risks of driving during the winter. Below, we provide some of the top must-know tips for safe winter driving.

The next time you get stuck behind a slow driver, resist the urge to tailgate them. While you may want to entice them to speed up by driving uncomfortably close behind them, doing so only puts you both at risk. During the winter, the roads generally have less traction due to ice, snow, and other slippery substances that often cover them. Such a reduction in traction makes it much harder for vehicles to stop quickly. As such, provide some extra space between you and the car in front of you so that you won't run into them if they stop quickly or unexpectedly.

As previously stated, roads tend to have a more slippery surface during the winter. As a result, accelerating or braking your vehicle often takes a bit longer. When driving, you should account for this delay and apply the brakes a few seconds sooner than you usually would during the less icy seasons of the year. This way, you can avoid all kinds of dangerous situations--from sliding through a stoplight to skidding into the vehicle in front of you.

The cold weather can have a lot of negative effects on your vehicle's critical internal components, such as the transmission, engine, and battery. For example, the cold can cause fluids to thicken or metal to contract, resulting in leaks and other issues. If one of your vehicle's crucial components fails while you're on the road, you could find yourself stranded out in the cold or worse.

To stay safe while driving during the winter, consider winterizing your car by replacing its fluids with synthetic versions that won't thicken in lower temperatures and testing your battery to make sure it can handle the extra stress of cold weather. You should also consider switching to tires with deeper tread and packing an emergency kit with warm clothing and water in case of an emergency.

Keep an eye on your tire pressure

Another must-know tip for safe winter driving is to keep a close eye on your tire pressure. When temperatures drop, air contracts, which can cause tire pressure to decrease. Generally, every 10-degree decrease in temperature will result in a reduction of one or two psi.

Driving with under-inflated tires will cause more of the tire's surface to touch the road, creating more friction. As a result, blowouts, premature tire wear, and tread separation can occur. To avoid such dangerous repercussions, make sure to monitor your tire pressure and refill your tires with air when necessary.