(The Center Square) - A bill proposed by U.S. Sen. Mike Rounds, R-South Dakota, would ban China and three other countries from purchasing or investing in agricultural land in the U.S.

The bill comes as lawmakers are questioning the purchase of 370 acres of farmland about 12 miles from North Dakota's Grand Forks Air Force Base by Fufeng Group. The company has a U.S. division headquartered in Chicago but is based in China.

"As a member of the Senate Armed Services Committee, I was alarmed when a Chinese company recently purchased farmland near an Air Force base in North Dakota," Rounds said in a news release. "This acquisition could threaten our national security by allowing the Chinese Communist Party to closely monitor the operations and communications at a very important military facility."

The concern is not isolated to the North Dakota purchase. A former Chinese official bought 130,000 acres of land near the Laughlin Air Force base in Texas.

Grand Forks officials announced in November 2021 that Fufeng would build its first U.S. wet corn mill processing plant there, according to a page on the city's website. City officials said the company is not banned by federal officials and no national security concerns were identified after scrutiny by the FBI, Air Force and the North Dakota Trade Office.

Still, lawmakers have said they are concerned. North Dakota Senators Kevin Cramer and John Hoeven sent a letter to U.S. Department of Defense Secretary Lloyd Austin and U.S. Treasury Department Secretary Janet Yellen asking for a review of the purchase. 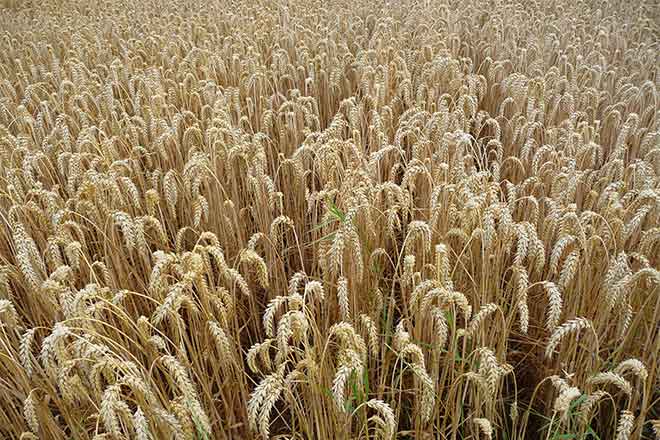 Rounds' bill would not only blacklist agricultural land purchases from Chinese companies but companies based in Russia, North Korea and Iran. The bill also would require the Secretary of Agriculture to compile a report on the risks to American agriculture from foreign investments of takeovers.

"In my travels around South Dakota, I've heard from many farmers and ranchers who are concerned about foreign adversaries owning American farmland," Rounds said. "It's time to put a stop to this and take action."