A moderate risk of thunderstorms capable of producing large hail and tornadoes is forecast for southwest Kansas and northwest Oklahoma Sunday afternoon.

Widespread, damaging winds - some reaching hurricane force - are expected, along with hail up to baseball size. Tornadoes are also possible. 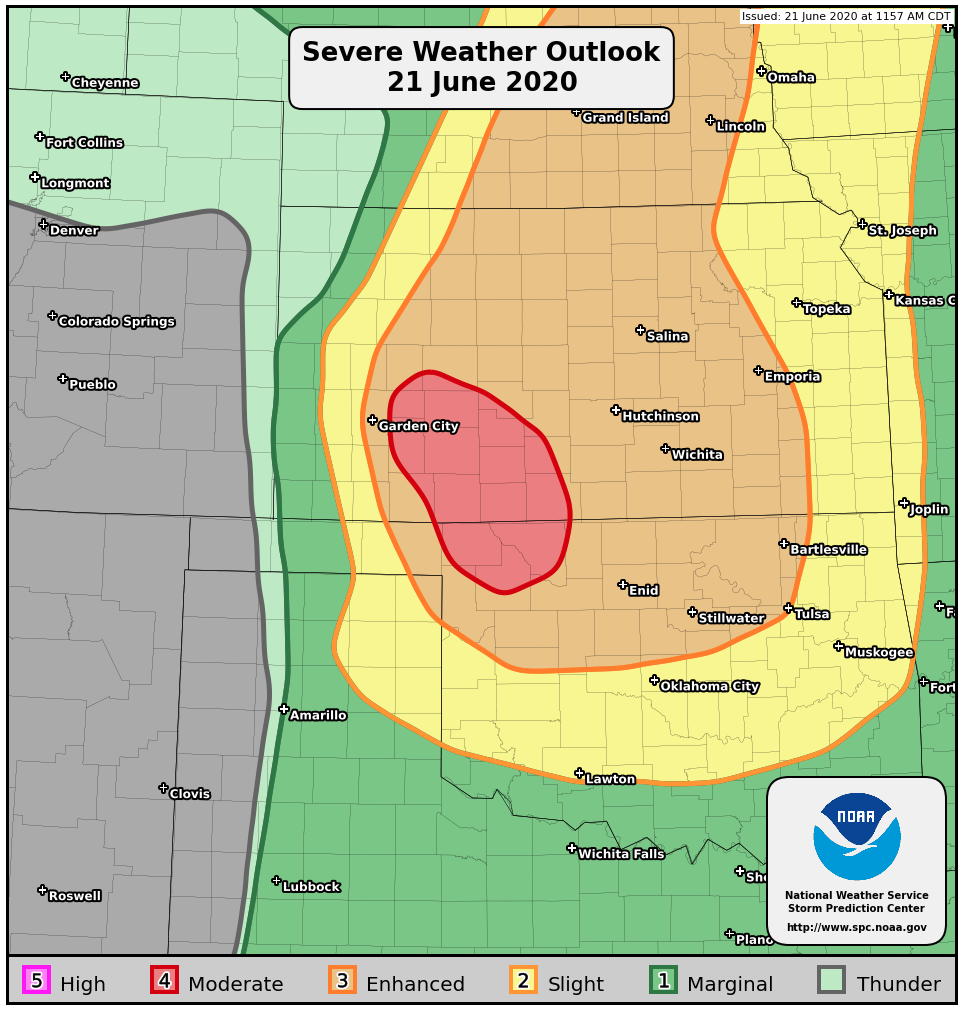 Thunderstorms are predicted to develop as early as mid-afternoon. Numerous severe storms are expected across the plains, including southern and eastern Nebraska and western Iowa, in addition to the threats to Kansas and Oklahoma.

Shortely after 2:00 p.m. CDT, the National Weather Service issued a severe thunderstorm watch until 10:00 p.m. CDT. The watch covers much of central Kansas from Oklahoma to Nebraska. Thunderstorm warning were also in effect along a line from Tribune to northeast of Scott City, as well as east of Hays, Kansas. 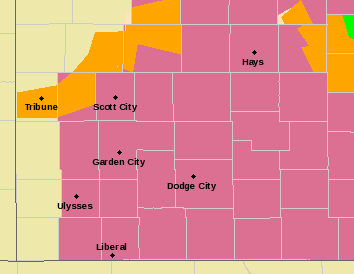 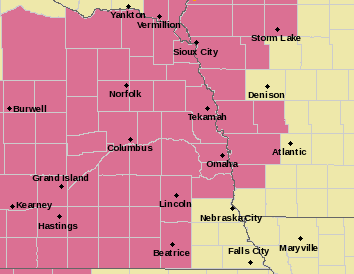 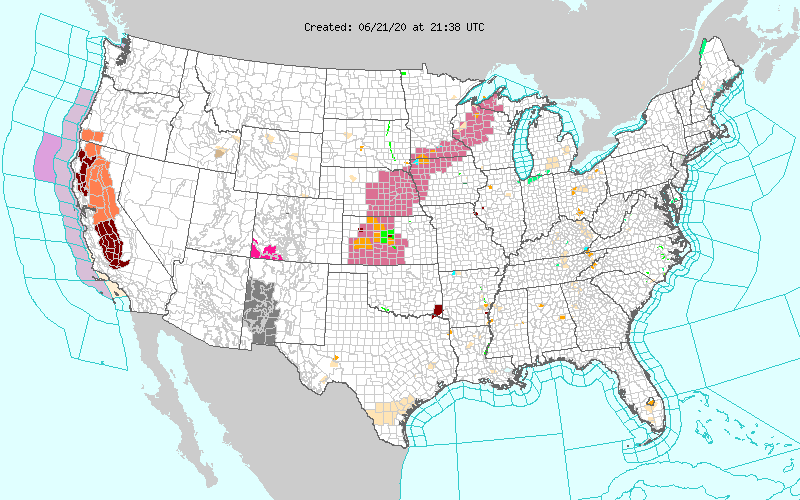 A later warning added Iowa counties, along with additional portions of Minnesota and Wisconsin, stretching almost to Lake Superior. 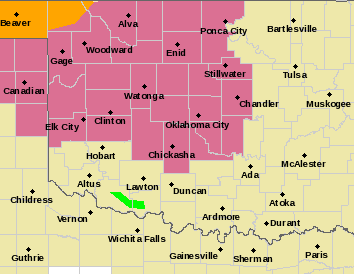 A slight risk of storms extends as far south as Lawton, Oklahoma, while an enhanced risk reaches the central part of the state and eastern portions of the panhandle. The enhanced risk area covers much of Kansas and eastern Nebraska. The slight risk crosses southwest South Dakota, western Iowa and southern Minnesota, including Minneapolis.

The greatest risk for tornadoes covers southwest Kansas, including the Dodge City, stretching to Woodward Oklahoma. The area is also at risk for wind-driven hail two inches in diameter or larger.