(The Center Square) - The day before marijuana's most notorious holiday, the U.S. House of Representatives passed cannabis banking reform dubbed the Secure and Fair Enforcement Banking Act (SAFE) on a 321-101 Monday vote.

Experts say the bill could slash red tape in a sprouting market plagued by costly compliances.

If passed by the Senate and signed into law by President Joe Biden, the legislation would allow banks to provide services to cannabis companies in legal states. 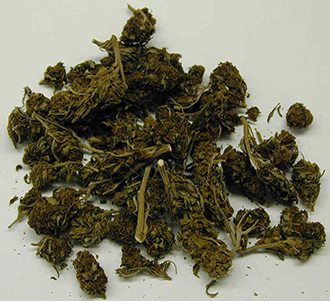 Geoffrey Lawrence, a senior policy fellow at Reason Foundation, told The Center Square the Financial Crimes Enforcement Network (FCEN) issued some financial service guidelines for marijuana in 2014. Still, they were so cumbersome that servicing marijuana clients would cost more than the revenue generated.

"The idea is to make it easier for the marijuana business to deposit that cash, so they don't have to just sit on it," Lawrence said in a phone interview.

"The SAFE Banking Act is aiming to simplify the reporting process so that a bank might be able to accept the cash directly without having to go through these compliance companies," Lawrence said.

Lawrence said most marijuana companies store all their cash in a large safe driven to suppliers and tax authorities, making them a rolling robbery target and a "huge hassle" for audits.

The SAFE Banking Act is an "improvement over the status quo, but it doesn't necessarily solve all of the issues," Lawrence said.

"Michiganders voted overwhelmingly to legalize the use of recreational marijuana in 2018, and we must respect the will of the voters," Whitmer said in a statement.

"Although legalization continues rolling on nationwide, we still have federal laws on the books that prohibit financial institutions from working with marijuana businesses legally under state law," Whitmer continued. "To be blunt, legalization is great for the economy: it creates jobs and boosts tax revenue that can go towards our schools, communities, and first responders. This legislation ensures that Michigan's marijuana businesses can grow and access the same resources that all legal businesses can."

The American Bankers Association and 51 state bankers associations back the bill.

"Banks find themselves in a difficult situation due to the conflict between state and federal law, with local communities encouraging them to bank cannabis businesses and federal law prohibiting it," the group wrote in a letter to lawmakers. "Congress must act to resolve this conflict."

In a separate letter, the state bankers associations said, "[T]his segment of our local economies is forced to operate on an all-cash basis, which creates serious public safety, revenue administration and legal compliance concerns."

Thirty-six states have legalized medical cannabis while 17 states now allow adult use, according to the National Conference of State Legislatures.