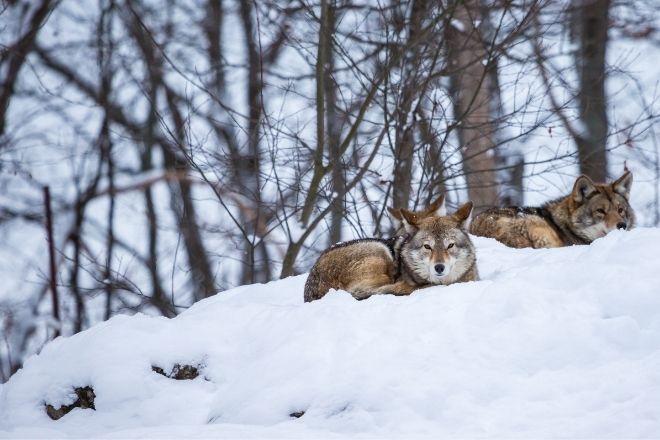 Published Sunday, January 17, 2021
Deer season is over, but you can still keep your shooting skills sharp in the colder months. These are some of the best animals to hunt during the winter.
by Feature Staff

The end of deer season doesn't mean the end of hunting. Don't forget you can keep your shooting skills sharp even during the colder months. The best animals to hunt during the winter will challenge you in different ways and draw you into the thrill of the chase. Whether you're a local or a visitor, you'll find that Colorado is, in many ways, even more beautiful under a blanket of snow. And it's easy to keep warm when you're in hot pursuit.

Regulations can vary depending on where you are, and they change periodically, so make sure you've got up-to-date information before you head out.

You'll have to complete an exam to get licensed and certified, but it's worth it for the chance to hunt cats that are six feet long. They're fast and smart, and they know when they're being stalked. If you're new, take along a hunting guide--a wounded mountain lion can be extremely dangerous. An outing like this can get expensive, so save up and do your research so that you get the most out of the trip.

If you have luck tracking down coyotes, you'll be doing the state a favor. Coyotes are procreating and spreading so quickly that at least 70 percent of them need to be killed just to keep their numbers the same. They're bad for the deer population, since they've learned that fawns are the perfect size to feed their own pups. But they'll eat anything, and they can adapt to changing conditions, so you might want to try hunting them at night, when they're more active. Bring along the right lighting equipment, and you'll have the edge.

These targets are out of control, too, and they seem determined to take over the country. They trample crops, destroy the habitats of endangered animals, carry diseases, and are unpleasant in all sorts of other ways. Because they travel in packs, you may have some success with getting more than one kill at a time. Some enthusiasts prefer to shoot from the back of a pickup truck or helicopter, relying on the extra noise to flush the wild hogs out from the brush. Watch out for sows, though, because they'll come after you if they think you're threatening their piglets.

At first glance, bobcats resemble domesticated pets, but these are cold-hearted predators that can tear through a chicken coop. They're some of the best animals to hunt in the winter because it's easier to track their footprints in the snow. Bobcats are stealthy and reclusive, lurking along rivers and disused roads and trails. It's likely they'll spot you first, but if you can imitate a female bobcat in heat and stay very still, you may lure a tom right to you.